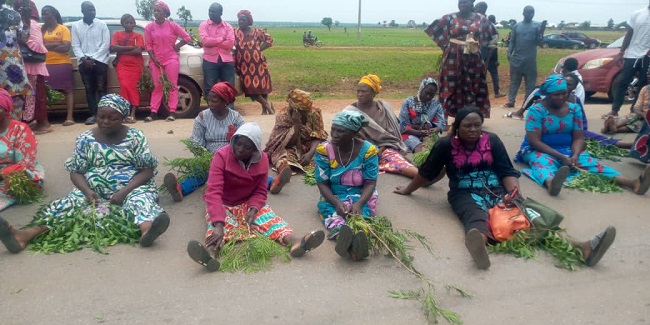 Less than 48 hours after they attacked and kidnapped 121 students from Bethel Baptist High School, Damishi, in Chikun Local Government Area of Kaduna State on Monday, the bandits have reached out to the management of the institution to demand foodstuffs.

Among other things, The PUNCH learnt that the hoodlums requested food items such as rice, beans, seasoning and oil to feed the students.

According to a close source in the school, who craved anonymity on Tuesday, the abductors reiterated that they have 121 students in their custody as against the 140 being reported in the media.

The bandits were said to have first called on Monday and allowed one of the students to speak to a top member of the school management.

They called again on Tuesday and allowed two senior students, a boy and a girl, to speak to a top official of the school.

It was gathered that the senior students confirmed that there were 121 of them with the bandits.

The official revealed that “When the phone rang, the bandits first spoke to the member of the management. They said a senior student was directed to count the students in their custody and the boy confirmed that 121 students were being held. They also asked for food such as rice and beans as well oil to feed the students.

“Later, the senior student, who counted the abductees, said there were 121 of them with the bandits.”
MORE READING!  Hushpuppi: Kyari's brother deletes photos of flashy cars on Instagram
Related Topics:abducted studentsBanditsBeansFeaturedKaduna schoolRice
Up Next