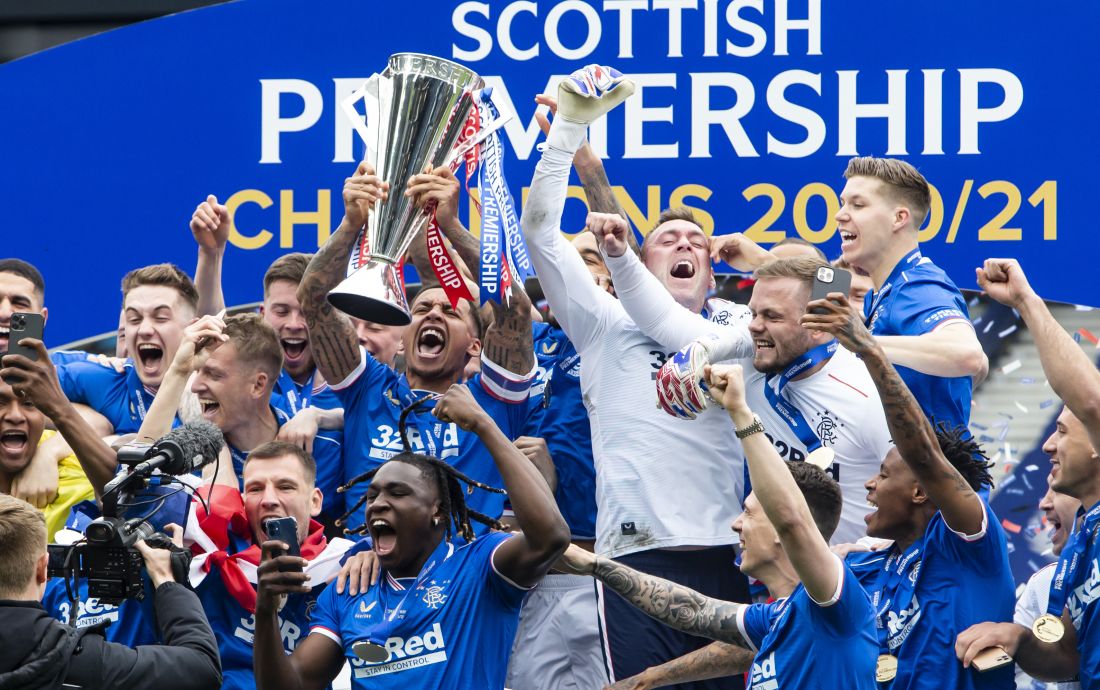 Nigerian duo, Joel Aribo and Leon Balogun, have completed an invincible season with Rangers FC as they lift the Scottish Premiership on Saturday.
Steven Gerrard’s side made history by remaining unbeaten throughout the season, earning 100-points for the first time in Rangers’ history.

An own goal from Joe Lewis, a brace from Kemar Roofe and Jermain Defoe’s late strike gave Rangers a comfortable 4-0 victory over Aberdeen to wrap up    the season in style.

Gerrard’s side had already been confirmed as champions several weeks ago after they ended rivals, Celtics’ bid for a 10th consecutive Scottish Premiership crown.

Rangers have now ended the season 25 points clear of second-placed Celtic, bagging wins from 19 league games at Ibrox this season saw them finish

“It was about having a vision, getting the right people in the right places, the right support from the board and fighting for it,” Gerrard said.

“I’m so proud of the boys and all the staff. We’ve fought every day for the last three years to get to this point.”