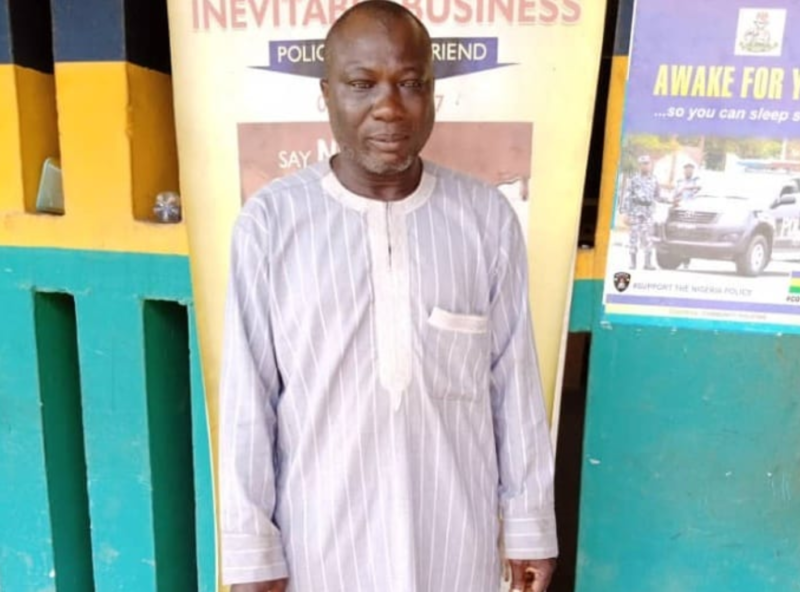 A 15-year-old girl [named withheld] has reportedly lost the ability to control her urinary system after she was serially raped by her father, a village head in Ogun State.

WuzupNigeria gathered that Rasheed Sholabi, who is the Baale of Oose Agbedu Ajibawo in Owode-Yewa area of the state, was arrested by the police after the victim filed a complaint at the Owode Egbado police station.

The victim had told the police that her father had been having sex with her since when she was 11 years old, adding that she now finds it difficult to control her urinary system due to the incestuous act.

She further told the police that her mother died when she was about two years old. However, her father did not allow her to know any relation of her later mother, leaving her with no option than continue staying with him.

Following the report, the DPO Owode-Egbado, SP Olabisi Elebute, led her men to the palace where the Baale was promptly arrested.

During interrogation, Sholabi first denied the allegation, but when he was confronted by the victim and one of his ex-wives, who corroborated the victim’s statement, the suspect fainted and was taken to the hospital for resuscitation.

His ex-wife informed the police that she caught him red-handed while having sex with his daughter and that was the reason why she left him.

MORE READING!  Two men gash each other to death while fighting over woman

The victim has been taken to Stella Obasanjo motherless baby home for safety.

Meanwhile, the Commissioner of Police, CP Edward A. Ajogun has ordered the transfer of the suspect to anti-human trafficking and child labour unit of the State criminal investigation and intelligence department for an in-depth investigation and diligent prosecution.

SAD! Man wakes from Coronavirus coma to find out his entire household was killed by virus