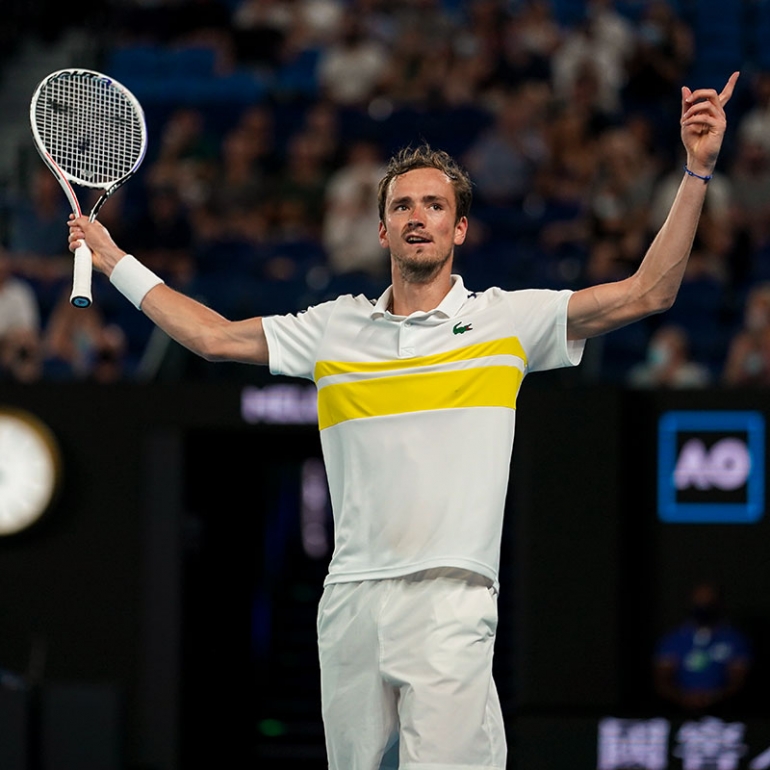 Daniil Medvedev secured a comfortable three-set win over Stefanos Tsitsipas in the Australian Open semifinals to set up a meeting with Novak Djokovic.

Speaking on his victory over the Greek star, the Rusian admitted he noticed Tsitsipas was fatigued and quickly capitalised on it.

“I saw that as soon as I was moving him around the court, it was not easy for him,” said Medvedev. “As soon as I saw it in the first set, that became my strategy straight away.”

However, the Russian soon turned off and admitted after the match that the semifinal took its toll on him. “I got a little bit scared and tight because it’s a semifinal of a Slam,” said Medvedev.

But the Russian had the last laugh and will face world No. 1, Novak Djokovic in the final of the 2021 Australian Open on Sunday.

Nicknamed the “Octopus” for the way he reels in opponents — the world No.4 celebrated his 25th birthday last week with a blue octopus cake.