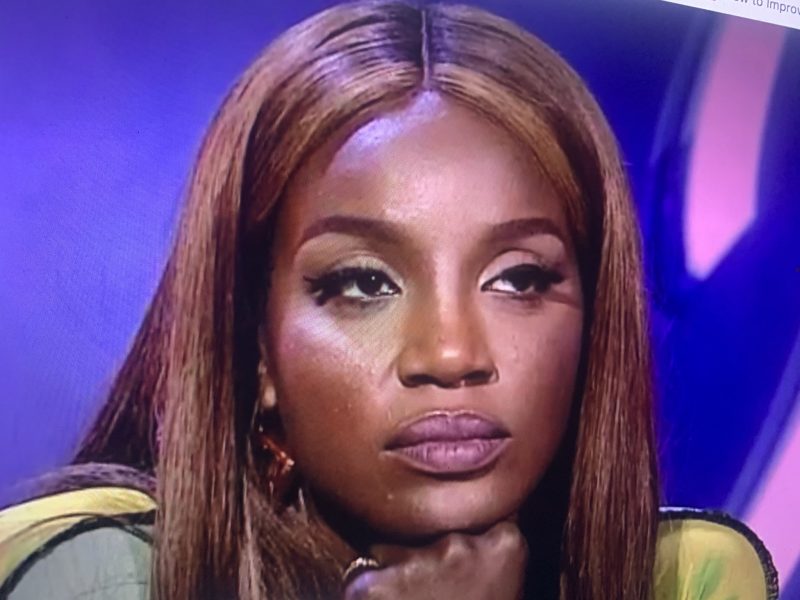 Singer, Seyi Shay has narrated her side of the story in an audio clip after her public spat with Tiwa Savage went viral.

In the viral audio credited to PulseNigeria, the Nigerian Idol judge accused fellow singer Tiwa of not giving her credit on her hit track, ‘Lova lova’, which she claimed to have co-written.

This is just as she accused the ‘Koroba’ crooner of depriving female artistes of opportunities in the industry.

Listen to the audio below:

WUZUPNIGERIA reported the encounter of how Seyi Shay and Tiwa Savage met each other at a salon on Tuesday.

Tiwa Savage was already getting her hair done at the salon, while Seyi Shay came in sometime later for the same purpose in preparation for her Idol’s appearance on Sunday, June 13, 2021.

Trouble started when Seyi Shay walked up to say ‘Hi’ to Tiwa Savage at the hair shop.

But the single mother-of-one who would not have any of the ‘fake love’ was captured warning her colleague to desist from greeting her ‘ever again.’

In the viral video shared by relationship coach, Tunde Ednut, Tiwa was captured as saying:

“Don’t say hi to me ever. Let sleeping dogs lie. Shey, you blocked me on Instagram, blocked me in real life too. We are not friends…”