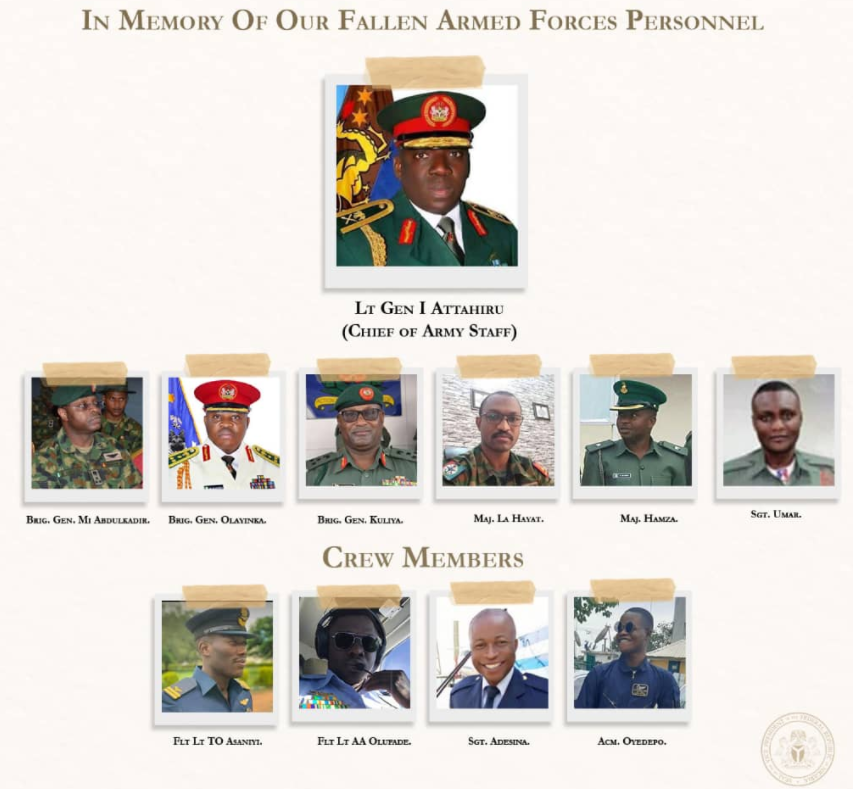 President, Major General Muhammadu Buhari (retd.) has declared Monday a work-free day for members of the Armed Forces in honour of 11 military officers that died in a plane crash on Friday.

The national flag is also to be flown at half-mast in public buildings and official residences between Monday and Wednesday, the Secretary to the Government of the Federation (SGF), Boss Mustapha, announced in a statement on Sunday.

He explained that the presidential directive was to honour the memory and services of the late Chief of Army Staff, Lieutenant General Ibrahim Attahiru, as well as the senior military officers and service members who died in a plane crash on Friday last week. 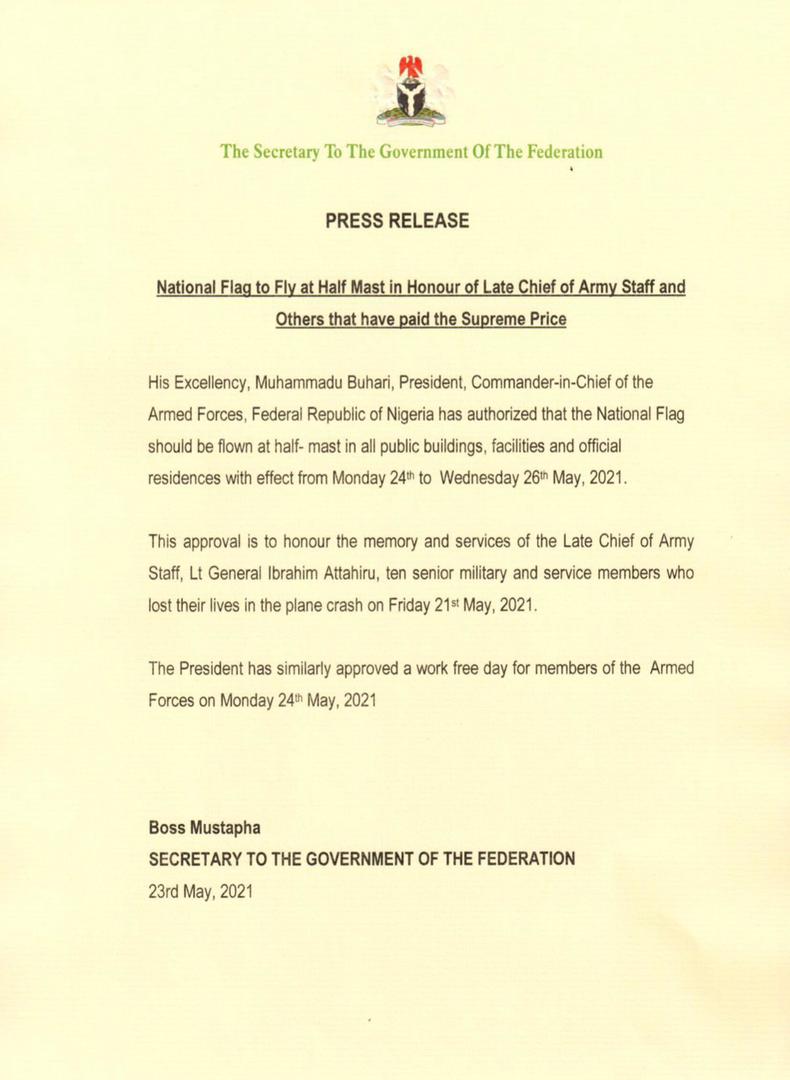