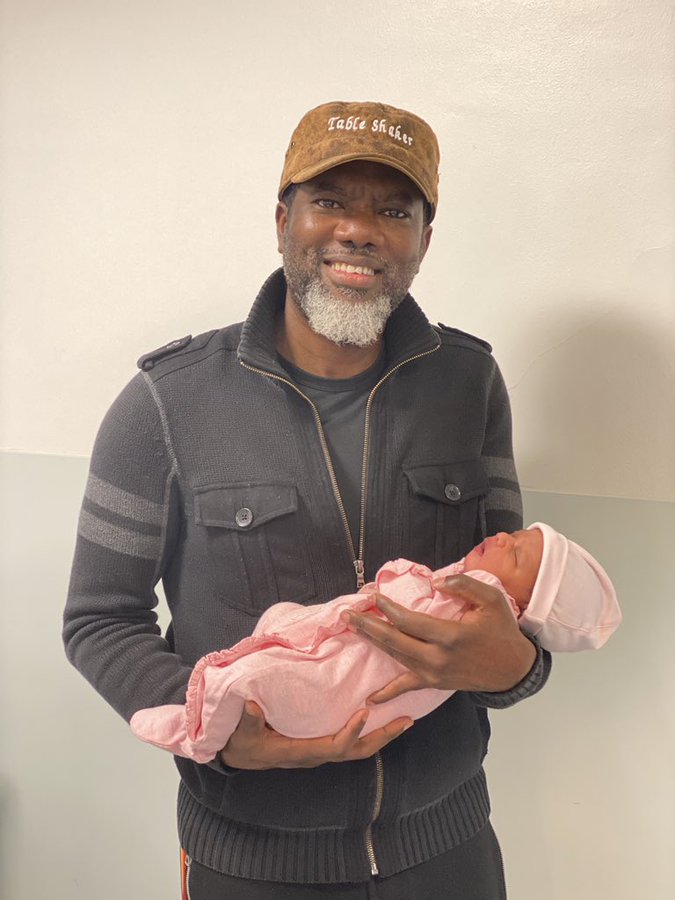 Former Vice President, Atiku Abubakar has congratulated Reno Omokri and his wife on the arrival of their fourth child.

Omokri who was an aide to ex-president Goodluck Ebele Jonathan welcomed his daughter on Monday and named her Ebele after the former president.

In a tweet on Monday, Atiku hailed Omokri’s “loyal spirit” and prayed that Ebele would display the virtue her father epitomises.

“I congratulate @renoomokri and his wife on the birth early this morning of their daughter, Ebele, named after former President @GEJonathan

“Reno has always shown a loyal spirit and when he offers friendship, that relationship is solid. I pray that his newborn child will display this virtue that her father epitomises. Once again, congratulations and may Almighty Allah bless mother and child.”

“I am excited at the new and beautiful addition to your family. Your child is surely blessed to have you as a father. My best wishes to you and your family,” the Silverbird TV founder tweeted.

Omokri and his wife have three older children, a male set of twins and a daughter.

PHOTOS: Lady gets Valentine’s gift worth N30m from her lover