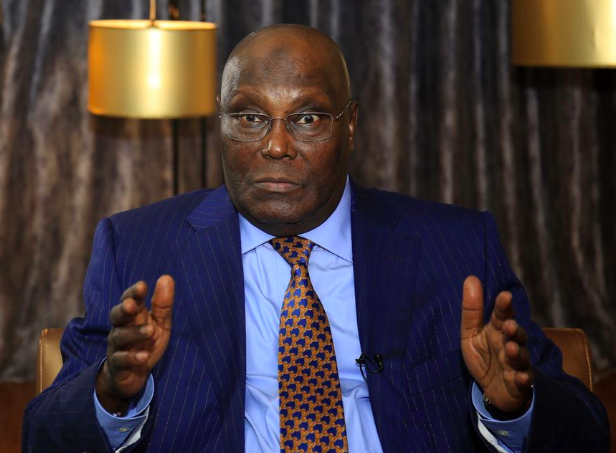 Former Vice-President Atiku Abubakar has started a Masters degree at the age of 74 in a university in the United Kingdom.

The President of the African Development Bank, Dr Akinwumi Adesina,  mentioned it while delivering a convocation lecture for the graduating students of the American University of Nigeria, in Yola on Saturday.

Adesina revealed that the former presidential candidate of the Peoples Democratic Party is taking a Masters’ degree in international relations.

The AfDB president said, “He loves education and its power to create transformative change.

“I was joking with him recently and asked why at his age, he had gone back to study for a Masters’ degree in international relations in the UK.

“He told me that he wanted to obtain the degree so that he could find out why he did the things he did while in government.”

Born 25th of November 1946, Atiku attended Jada Primary School and Adamawa Provincial Secondary School in 1960 where he graduated with a Grade 3 in the West African Senior School Certificate Examination.

Records reveal that after secondary school, Abubakar studied for a short while at the Nigeria Police College in Kaduna. He left the College when he was unable to present an O-Level Mathematics result, and worked briefly as a Tax Officer in the Regional Ministry of Finance, from where he gained admission to the School of Hygiene in Kano in 1966.

He graduated with a Diploma in 1967, having served as Interim Student Union President at the school.

In 1967 he enrolled for a Law Diploma at the Ahmadu Bello University Institute of Administration, on a scholarship from the regional government. After graduation in 1969, during the Nigerian Civil War, he was employed by the Nigeria Customs Service.