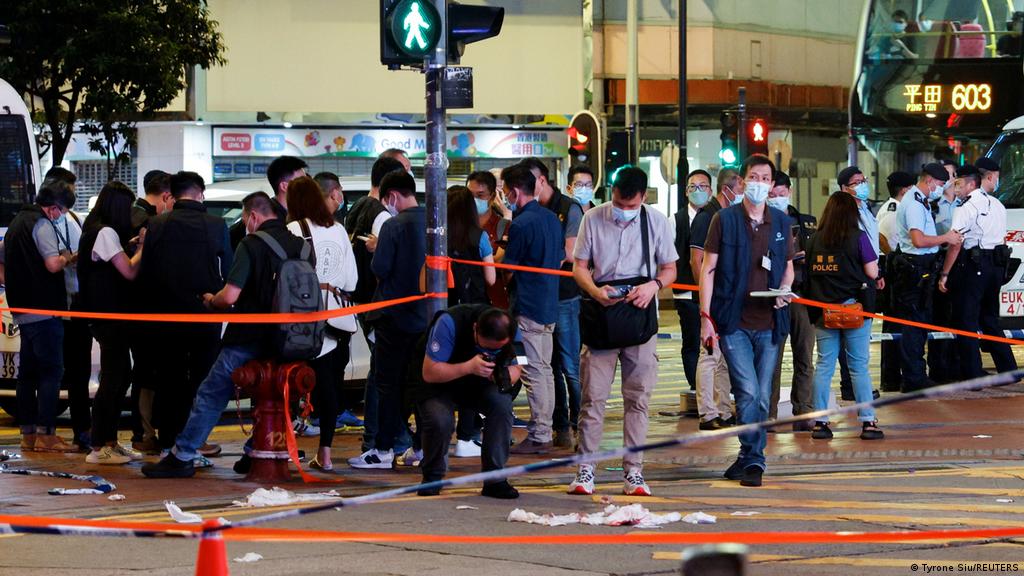 A Hong Kong police officer was stabbed and seriously injured by an attacker who later also stabbed himself with the knife , police said on Friday.

The 50-year-old attacker had sustained serious chest injuries and later died in the hospital, police said.

There was no clear motive, and he was described by the South China Morning Post newspaper as a lone assailant.

Police said they are investigating the case as an attempted murder and suicide.

A video of the incident circulating online shows how the attacker stabbed the 28-year-old police officer on the back from behind as he was on patrol on the street with his colleagues.

The attack took place on Thursday evening in the Causeway Bay area of Hong Kong, where extra police were deployed in case protesters took to the streets.

Thursday marked the anniversary of Hong Kong being handed back to China by Britain in 1997 and the 100th birthday of the Chinese Communist Party, the latter of which was being celebrated in Beijing.

This week also marks a year since Beijing enacted the Hong Kong national security law, which is seen by many as a pretext to crack down on the pro-democracy movement in the territory.