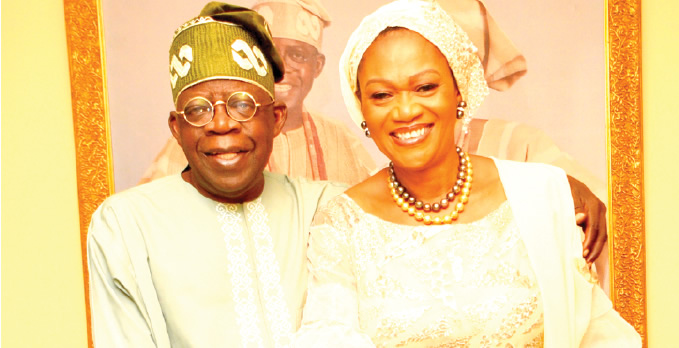 The elegant Senator Oluremi Tinubu when asked by Bamidele Johnson about what attracted her to her husband, she had these to say”

“I saw his (Asiwaju Tinubu’s) eyes and thought he has very kind eyes. That was one of the things that attracted me to him. I believe that from the eyes, one can know the mind of a person. I think he got me with his eyes; they were very kind and penetrating eyes and that was how we started.

“He was serious about his job and had lofty plans about the future. He didn’t say things you would hear from most guys when he met me. He just said: ‘I don’t have a lot of money, but I love to help people.’

“So I thought that we had to cut the chase and was ready to settle down for the real business. I just thought that somebody was trying to introduce me to a journey and I concluded that it was a journey I wanted to be part of.

“I am generous in my own little way and from that angle, I thought it would be quite interesting to go along with.”