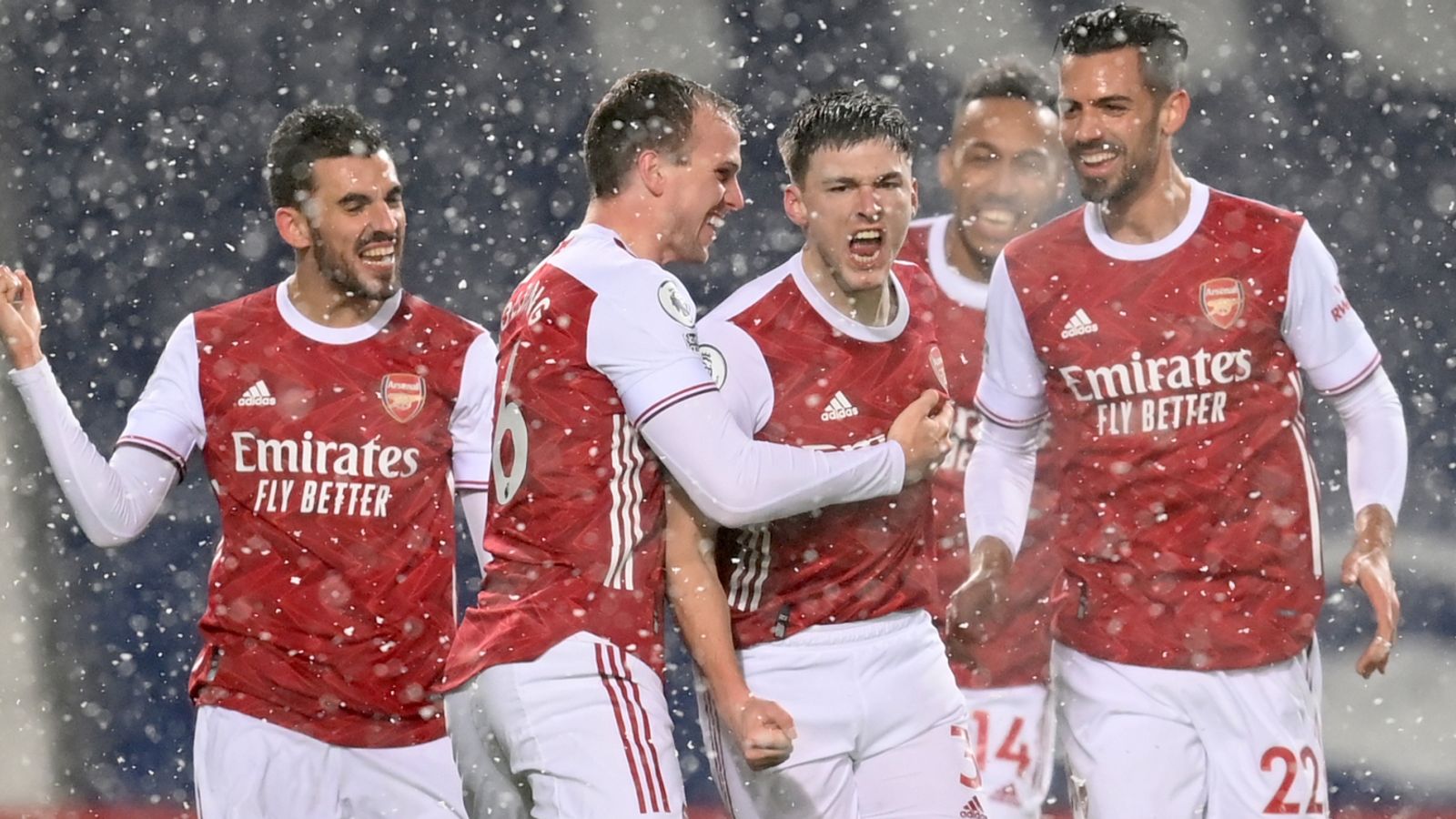 Arsenal manager, Mikel Arteta, has revealed that he is pleased with his players after the 4-0 win over West Brom on Sunday night.

The Gunners who ended a poor run of games against Chelsea late in December have now bagged three straight wins in the Premier League with the latest coming away from home.

Kieran Tierney opened the scoring with a superb strike before Bukayo Saka made it 2-0 in the first half under the snowy conditions away from home.

Alexandre Lacazette bagged his brace in the second half to complete the 4-0 thumping of Sam Allardyce’s struggling side.

The Frenchman has now scored five goals in his last four outings in all competitions as the win takes Arsenal to 11th, while West Brom remain 19th, having conceded 12 goals in Sam Allardyce’s first three home league games.

Arteta said: “It’s always tough to win away from home and the way we’ve done it, in a really convincing way in this difficult weather. But I’m really pleased, it’s three in a row in the last week, we talked about the importance of this week for us and to be able to win the three of them is really important.

“There were moments when I thought we were really good, both defensively and offensively. In the attacking phase, there were moments that were exactly what I want, exactly what we try to train. In other moments, we became a little bit sloppy when we thought that the game was won and it’s something we have to improve in general. But it’s close to what we want.

“The energy and the convincing momentum that you get from everybody that is involved is much more positive. I wasn’t that concerned with performances [during Arsenal’s recent winless run], we lost games that we were really unlucky and some was our own fault because we made some errors and we lacked some discipline at some moments.

“But you need to win football matches and this brings a different moment, energy and as well, the players took the handbrake off and you can see they are more free to play.

“I’m so pleased because I thought in the final third, we looked so lively, there is a lot of movement, there is good energy, there is purpose, everyone is playing forward. It’s like we are freer to play and the understanding is being able to generate a lot of things there.” Sky Sports

Related Topics:ArsenalFeaturedMikel Arteta
Up Next