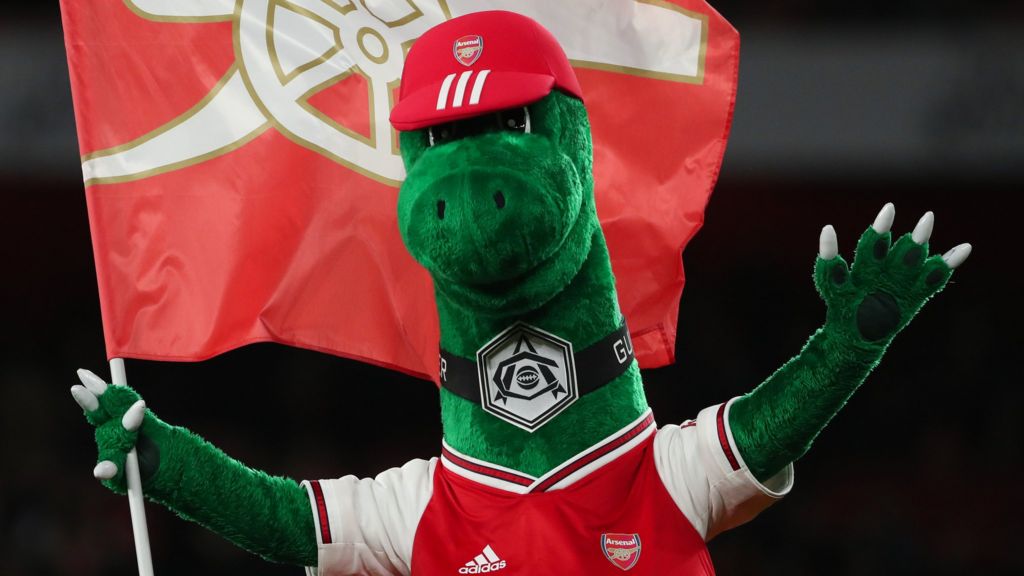 Arsenal brought Gunnersaurus back from the brink of extinction on Tuesday, barely a month after the club’s beloved mascot was made redundant as part of a cost-cutting effort aimed at mitigating the financial impact of the COVID-19 pandemic.

Jerry Quy, who entertained home fans at the Emirates Stadium by dressing up as a green dinosaur, was let go by the club at the start of October and his departure did not go down well, with fans flocking to social media to make their feelings known.

Arsenal said they would bring back Gunnersaurus when fans were allowed to return to the Emirates Stadium, but the team have suffered two dispiriting home defeats in a row since his departure, to Leicester City and Aston Vila.

Fans will no doubt hope he will be around when Arsenal host Wolverhampton Wanderers in their first home game back after the international break on Nov. 28 and can help bring about an immediate improvement in their flagging home form. (Reuters/NAN)