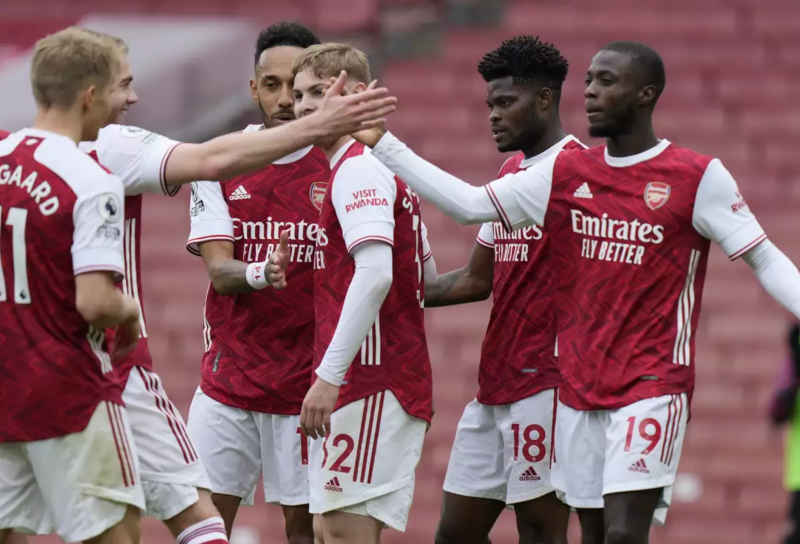 Nicolas Pepe scored twice in the second half as Arsenal beat Brighton & Hove Albion 2-0 in their final Premier League game of the season on Sunday but Mikel Arteta’s side failed to qualify for the new Europa Conference League after finishing eighth.

Arsenal dominated possession in the first half and went close to opening the scoring but Rob Holding’s goal from a set piece was ruled out for offside while his centre back partner Gabriel saw his floating header come off the crossbar.

Pepe gave Arsenal the lead four minutes after the restart, controlling a low cross from Calum Chambers with his left foot before firing a fierce strike with his right foot past Robert Sanchez in Brighton’s goal.

Arsenal doubled the advantage when Martin Odegaard released Pepe down the right channel and the Ivorian forward composed himself to curl a low finish inside the far post for his 10th league goal of the season.