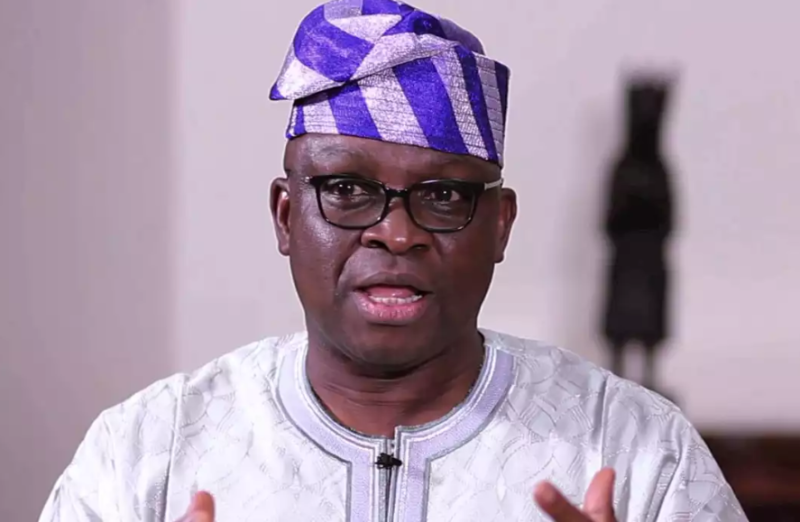 Former Governor of Ekiti State, Ayodele Fayose, has cautioned against any attempt to arrest Sunday Adeyemo, a youth activist popularly known as Sunday Igboho. He told Oyo governor Seyi Makinde and Inspector-General of Police, Mohammed Adamu, that arresting Igboho would escalate tension in the South-West region.

Recall that the that Senior Special Assistant to President Muhumadu Buhari on Media and Publicity, Garba Shehu, during an interview with BBC Hausa, said IGP Adamu, had ordered the arrest of Igboho for giving Fulani in Oyo State an ultimatum to exit the state.

Shehu also claimed that the IGP had ordered the Commissioner of Police in Oyo State, Ngozi Onadeko, to immediately transfer Igboho to Abuja after his arrest.

However, Fayose wondered why Igboho would be arrested, saying northern governors had a dialogue with terrorists.

He tweeted, “Gov Seyi Makinde should rather use dialogue and persuasion instead of escalating tension in his own State by calling for the arrest of Sunday Adeyemo or anyone at this time.

“If FG and some governors could ‘dialogue’ with Boko Haram terrorists, Gov Makinde calling all stakeholders to a round-table discussion will not be a misplaced action.

“Any attempt to arrest anyone will cause a further threat to the already fragile peace in the West and the country as a whole. Above all, any unchecked escalation may lead to a state of emergency.”