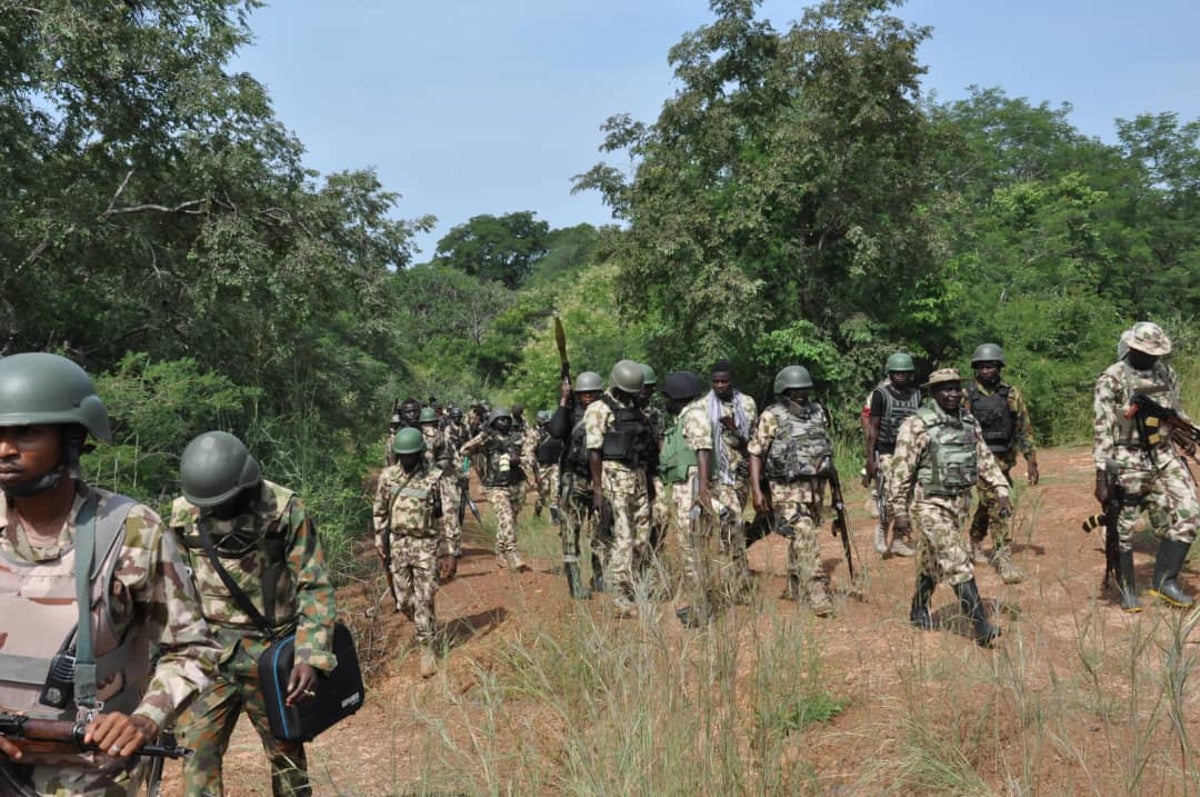 The Newsmen reports that the Chief of Army Staff, Lt-Gen. Tukur Buratai had on July 6 flagged off the Operation Sahel Sanity at Special Army Super Camp in Faskari as part of the Nigerian Army Day Celebration.

Onyeuko said the Chief of Army Staff flagged off the exercise to flush out armed bandits, cattle rustlers, kidnappers and other criminal elements from the North West Zone.

“The troops quickly mobilised to the area and engaged the criminals, neutralising scores in the process.

“The situation was quickly brought under control and the troops subsequently dominated the area with patrols denying criminal elements freedom of action,” he said.

“Two other kidnap victims who were kidnapped on June 1, 2020, at Yayi village in Sabon Birni LGA of Sokoto State have been rescued by the troops.

“All the victims have been handed over to Katsina and Sokoto State Government officials for further action.

“Receiving a credible intelligence, the troops sprang an ambush at Gidan Jaja in Zurmi LGA of Zamfara, the bandits fled with heavy gunshot wounds, abandoning one AK 47 rifle in the process.

“While on aggressive mobile patrol, our troops intercepted three armed bandits who opened fire on troops.

“During the firefight, one of the bandits was neutralised while others fled in disarray, one AK 47 rifle and one motorcycle were recovered,” he said.

He said troops made contact with the bandits who escaped with various degrees of gunshot wounds in the cover of darkness.

Onyeuko said troops had continued to dominate the area as a means of confidence-building for the residents and farmers to continue their agricultural activities.

He added that items recovered included one motorcycle, 10 Dane guns, one catapult and one knife.

Others, he said,  were one saw, 16 plugs, one axe and three cell phones.

Onyeuko, on behalf of the Chief of Army Staff, commended the troops for their gallantry, successes and the professionalism exhibited within the short period of the operation and urged them not to rest on their oars.

He reassured the people of the North-West Zone of the army’s commitment to restoring peace in the region.