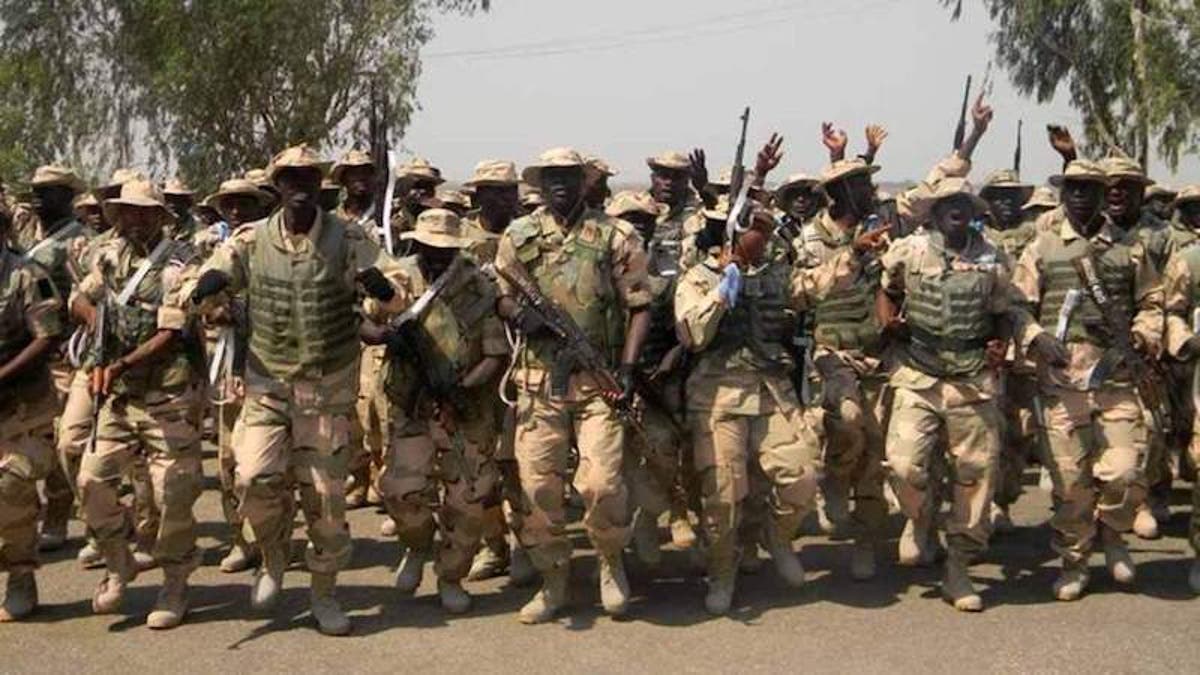 The troops of Nigeria Army under Operation Sahel Sanity have coordinated intelligence-based operations leading to the raid of an illegal mining site.
The site that is located along  Gadan Zaima in Bukuyyum LGA of Zamfara State serves as bandits’ hideout.
The Acting Director, Defence, Media Operations, Brig.-Gen. Benard Onyeuko made the disclosure at a news conference held in Super Camp 4 Faskari on Tuesday.
During the operation, troops arrested 150 suspects and recovered 20 locally fabricated Dane guns.
Onyeuko said that one of the suspects was neutralized while trying to escape.
He added that preliminary investigation has revealed that aside sabotaging the nation’s economy, banditry is being financed through these illegal mining activities.
Similarly, the gallant troops on fighting patrol encountered 3 bandits on motorcycles around Maigalma village in Anka Local Government Area of Zamfara while attempting to attack innocent residents.
During the encounter, one of the bandits was neutralized while others escaped and troops recovered one AK-47 Rifle, one AK 47 Rifle magazine loaded with 5 rounds of 7.62mm ammunition and two motorcycles from the fleeing bandits.
He also said that troops acting on intelligence raided a known bandit hideout around Dogon Karfe village in the Bakura area council of Zamfara.
Onyeuko said that during the operation 4 Dane Guns and one loaded magazine in an abandoned structure were recovered.
“While troops deployed at Wagini village arrested a wanted notorious bandit named Isuhu Ibrahim (Bula) who in company with other bandits have been terrorizing the general area for a while.
“Relatedly, troops deployed to Daki Takwas conducted a snap roadblock and successfully intercepted a Toyota Corolla car with Reg. No. DAL 41MT.
“After a diligent search on the vehicle, troops discovered 11 brand new locally-made rifles and 150 live cartridges carefully concealed in different parts of the vehicle.
“Preliminary investigations reveal that the dangerous cargo was heading to Kofar Dinya in Bukkuyum LGA of Zamfara State, while 5 men were arrested in connection to the illegal firearms.
All the suspects are currently in the custody of the Nigeria Army, undergoing preliminary investigations and will soon be handed over to relevant prosecuting agencies for further action,” he said.
MORE READING!  PHOTOS: 32 destitute evacuated in Ibadan
Related Topics:armyillegalZamfara
Up Next

Presidential aide urges Nigerians to be patient with FG