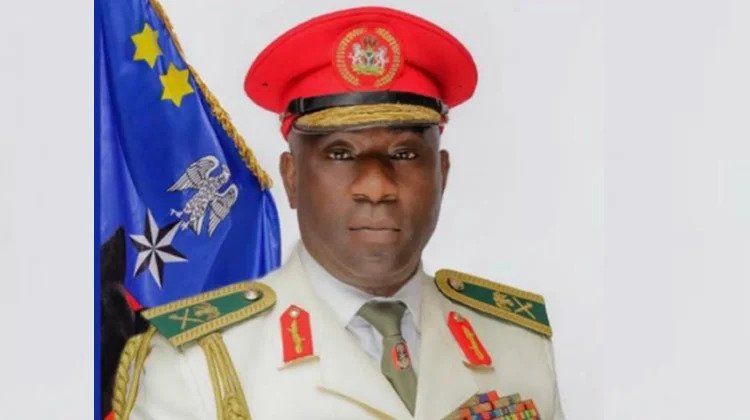 The Nigerian Army has buried a former Provost Marshall, Maj Gen Hussein Ahmed, who was shot dead by bandits along the Lokoja-Abuja Road on Thursday.

Ahmed who was a director at the Army Headquarters was buried on Friday afternoon at the Lungi Barracks Cemetery in Abuja in  accordance with Islamic rites, The PUNCH reports

In his citation at the funeral, the Chief of Policy and Plans (Army) Maj Gen Anthony Omozoje said, “The Late General Husseini Ahmed was an articulate, dedicated, loyal and hardworking senior officer. He was a calm, firm officer with a good sense of purpose and responsibility.

“He was a forthright gentleman and a professional military officer who was genuinely led to his duty. He had remarkable conduct and overwhelming moral standards.

“His death is a great loss to his family, the Nigerian Army and the nation in general. We love you Ahmed but God loves you the most.”

The Director of Army Public Relations, Brigadier General Onyema Nwachukwu, had said a delegation from the Army Headquarters led by Omozoje, visited the widow and other members of the bereaved family.