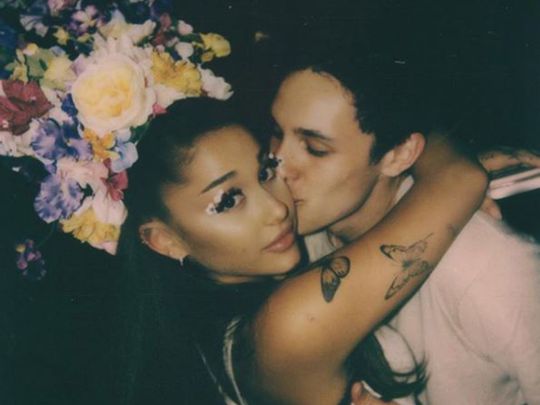 Grammy winner and American pop star Ariana Grande tied the knot with fiance Dalton Gomez in a private ceremony over the weekend.

The pair sparked dating rumours in early 2020 when fans noticed Dalton in several of Ariana’s photos.

Ariana then confirmed the rumours by sharing photos of herself and Dalton in April on her Instagram account, captioning it thus:

They both featured in the romantic music video for Grande’s collaboration with Justin Bieber, “Stuck with U” in May.

“I am so excited to welcome Dalton Gomez into our family! Ariana, I love you and Dalton so much!!!! Here’s to happily ever after! YAY! xoxoxo” Ariana’s mother Joan wrote.

An excited Joan had confirmed the engagement of the singer to the luxury real estate agent in December via a tweet.

According to TMZ, sources with direct knowledge revealed that the event happened in her home at Montecito, also known as Oprah Country, California.

There were less than 20 guests in attendance, including family members who were around to witness the couple sharing their vows.

Jesus is the koko, D’banj publicly declares he is born-again