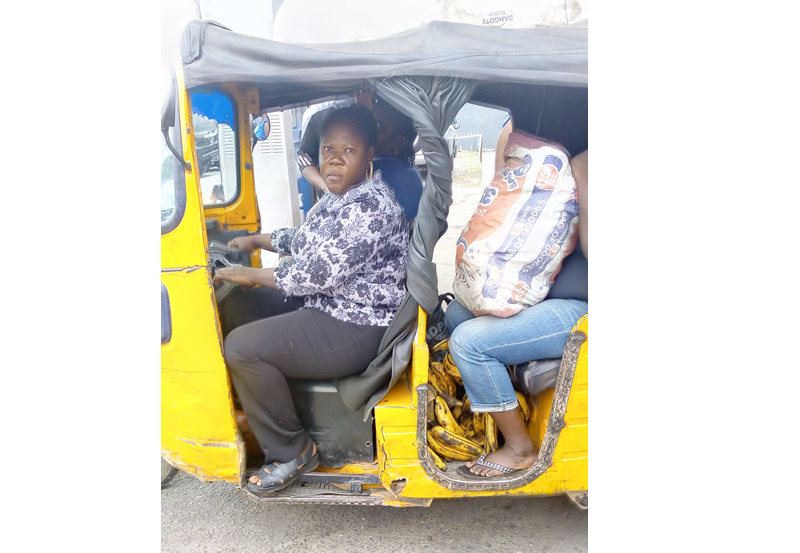 Some of them who have decided to venture into the male-dominated transport business across the state narrated their experiences in an interview on Thursday.

Alabi Latifat, who plies Mushin and Yaba axis in Lagos, said that she resorted to driving tricycle after fruitless efforts to get a well-paid job as an HND holder.

Latifat said she joined the transport business in 2017 and experienced lots of challenges, which had become a thing of the past, as she now enjoys lots of privileges.

“I am educated but when the job was not forthcoming, I was advised by a friend who is also a Keke Napep driver and today I am enjoying it.

“Apart from an average of N5000 that I make daily, area boys are usually lenient with us, while bus and private car drivers consider us on the road,” she said.

Also, Celestina Iredia, who plies the Abule Egba/Command area in Lagos, said she was encouraged into the business by her husband who bought her the tricycle.

Iredia, a mother of three, said she was into petty trading but the profit she made was not enough to support her husband to take care of the family.

“My husband’s support is the brain behind the Keke that I am driving today and things are taking shape in the family because I am also contributing in the house,” she added.

Another rider, Kikelomo Hassan, who operates in Agbado Crossing/Dalemo area also in Lagos, said that she was happy as a tricycle rider as she gets praises and encouragement from passengers.

She said many prefer to ride in her tricycle, believing as a woman, she would be more careful and diligent.

“I dress well and drive my Keke with every pride because what I get puts food on my table and I also support my husband with the money I generate.

“Even while driving, I get lots of compliments from my passengers and road users. This keeps me going and makes me proud of my job,” she said.

She, however, complained of potholes, bad roads and gridlock, which according to her, were part of challenges encountered in the business.

She appealed to the state government to repair the roads ,saying it affects the business especially cost of maintaining the tricycles.

Lagos witnessed the rise of women in the tricycle business in 2016.