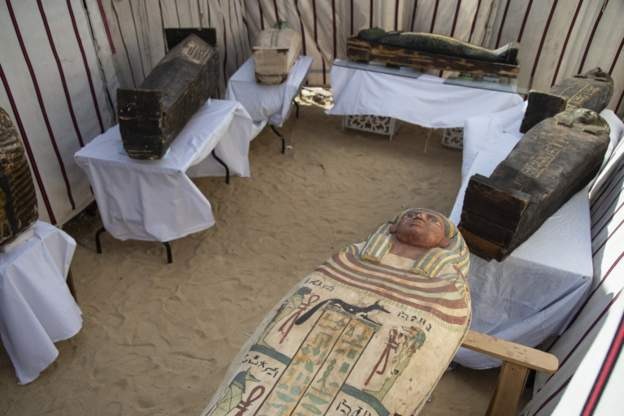 EPA Archaeologists have unearthed a temple and coffins at Saqqara, an ancient Egyptian site south of the capital, Cairo.

The EPA Archaeologists have been giving more details about their find.

News of the discovery of a temple broke on Saturday, and now experts have been talking about the contents of more than 50 coffins that were unearthed.

MORE READING!  Woman, 64, gives birth to twins, loses custody after being ruled unfit to care for them

One of the coffins belonged to a soldier and included his weapon – an axe.

Other objects found included masks, wooden boats and a length of papyrus.

Written on it was a chapter from what was described as a “book of the dead.”

Newly discovered mummies dating back to the New Kingdom 3000 BC at the funerary temple EPACopyright: EPA Games that the ancient Egyptians liked were placed in among the mummified corpses, so they could play them in the afterlife.

The chief archaeologist said it was believed that those who won at a game called “Senet” would pass on to paradise. 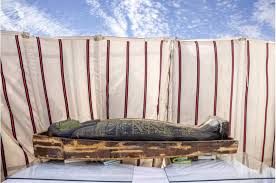 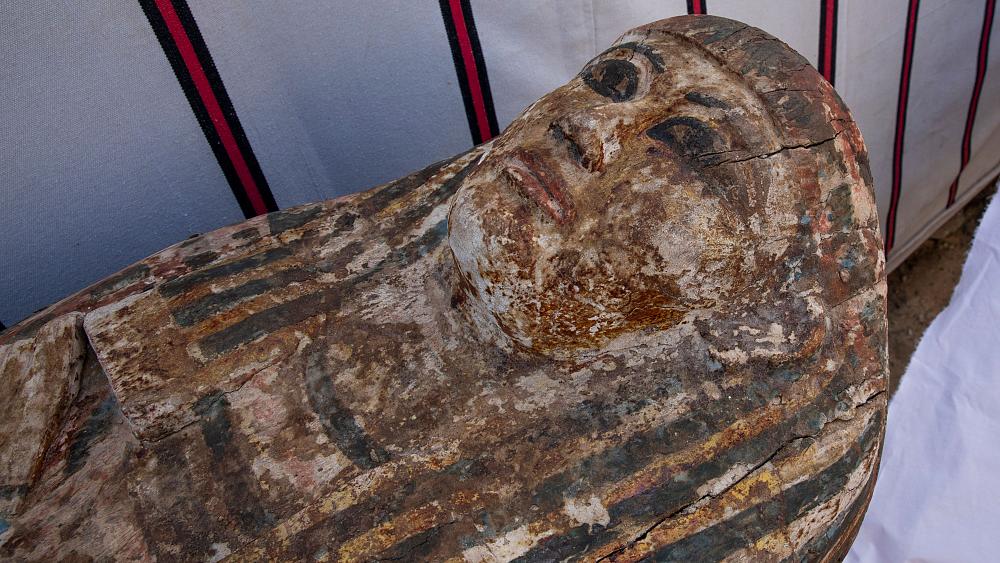 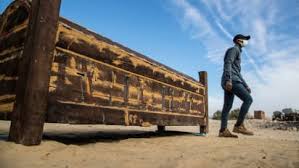 Related Topics:EgyptTemple EPA archaeologists
Up Next