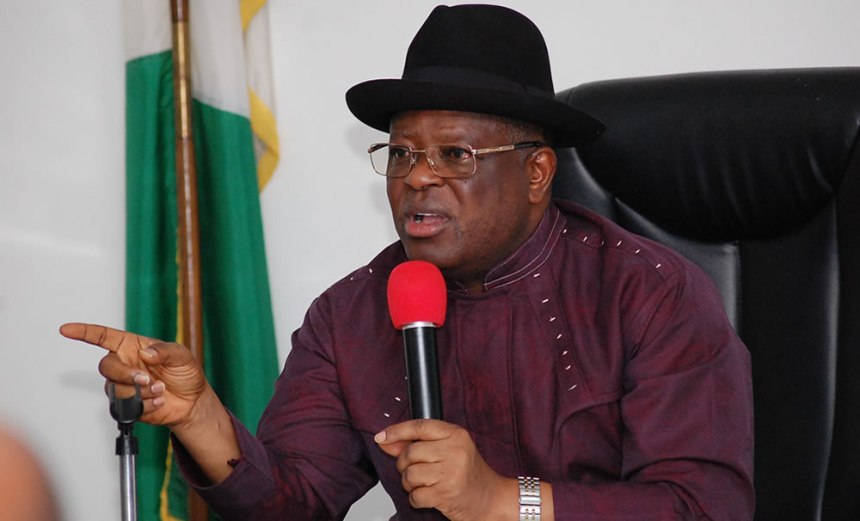 The All Progressives Party, APC has welcomed the defection of Ebonyi State Governor, David Umahi on Tuesday night.

This comes after Umahi ended weeks of speculations about his defection after officially joining the APC form the Peoples Democratic Party, PDP, on Tuesday.

Prior to his defection, Umahi had reportedly informed the PDP National Working Committee at a meeting in Abuja last week of his decision to leave the party for the ruling APC.

The governor had also told the PDP NWC led by the party National Chairman, Prince Uche Secondus, that the APC would protect the interest of the South-East in the 2023 elections.

Meanwhile, former Aviation Minister, Femi Fani Kayode(a PDP member) had warned that “other Governors may also contemplate leaving if he does(Umahi departs) because he has a lot of friends & goodwill amongst them.”

Also, Governor Hope Uzodinma has the ruling party is “still talking more Governors to” dump the PDP for APC.

As it stands, the PDP governs over 15 out of the 36 states in the country.

I left PDP because of injustice – Gov Umahi