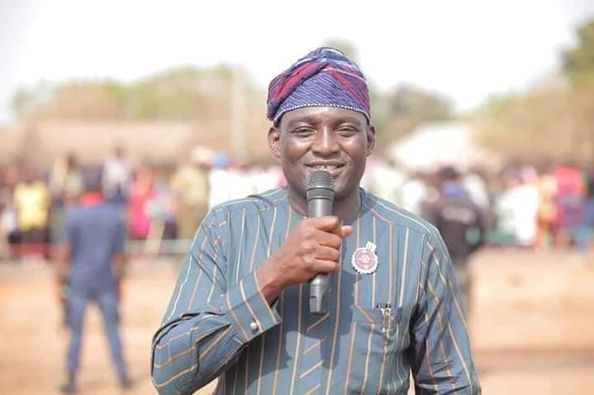 A House of Representatives member representing Apa/Agatu Federal Constituency, Samuel Odagboyi Godday, on Friday, was arraigned before Justice Baba Husseine of the Federal High Court in Abuja over a two-count of perjury.

Godday was accused of using a false educational qualification to complete the Independent National Electoral Commission form to run for the Apa/Agatu Federal House of Representative Election in 2019 under the flagship of the Labour Party.

The second charge borders on the oath that he took at the High Court Registry FCT, Abuja that all the answers, facts, and particulars given in the INEC form CF001 were true and accurate.

The charge sheet read, “That you, Hon Samuel Odagboyi Godday of the National Assembly (NASS) Abuja, FCT on or about 18th October 2018 while at Abuja within the jurisdiction of this honourable court did intentionally furnish false information to wit your educational qualification years to complete INEC Form CF001 for the Apa/Agatu Federal House of Representative Election 2019 under the flagship of the Labour Party knowing it to be false and submitted same at the Independent National Electoral Commission (INEC) Headquarters in Abuja to deliberately mislead INEC into believing it as true and thereby committed an offence contrary to section 140 of the penal code.

“That you Hon Godday did intentionally make a false declaration on oath at the high court registry FCT, Abuja that all the answers, facts and particulars you have given in INEC form CF001 are true and correct but knowing it to be false and thereby committed an offence contrary to section 164 and punishable under section 158 of the Penal code.”

Godday pleaded not guilty to the two-count charge.

Counsel to the accused, Godwin Obla, asked the court to grant his client bail on self-recognition.

The case was adjourned to 13th October 2021. Godday officially joined the ruling All Progressives Congress a month ago at his hometown in Ogbaulu, Agatu Local Government Area of Benue State.