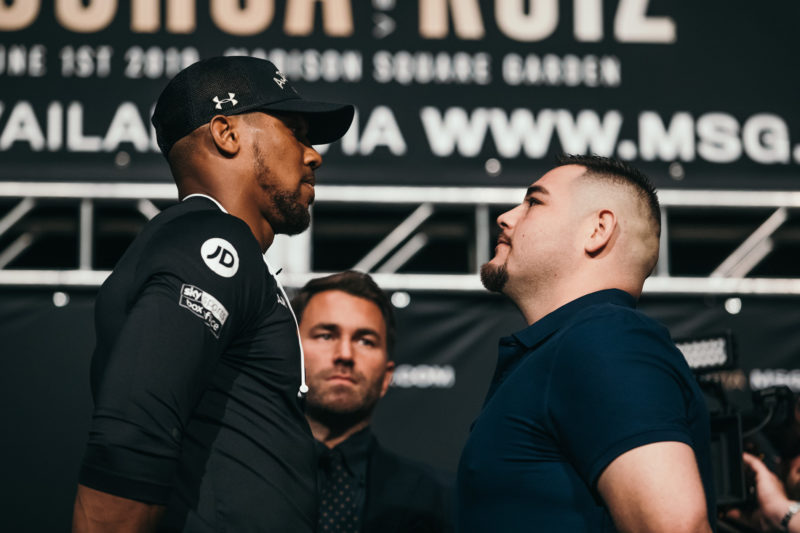 Few weeks ago, to the shock of many, Anthony Joshua suffered a shocking defeat in the hands of Andy Ruiz where he lost his four titles to the Mexican.

However, fingers have remained crossed as fans and well-wishers await the promised rematch between the duo.

Eddie Hearn finally gives a breather as he has proposed two likely dates for a rematch between both men.

The two dates offered are either November 29th (with the 30th as a possible alternative) at the Madison Square Garden or December 14 in Wales UK at the Principality Stadium.

This match is highly anticipated as if Anthony Joshua loses a second time to Andy Ruiz, his career streak may never be able to recover.

Ruiz has boasted that Joshua is not really a skilled boxer and will have a repeat smash down anytime or place.

But according to Deontay Wilder, anything can happen in boxing and we all have to wait to see what happens with the rematches.