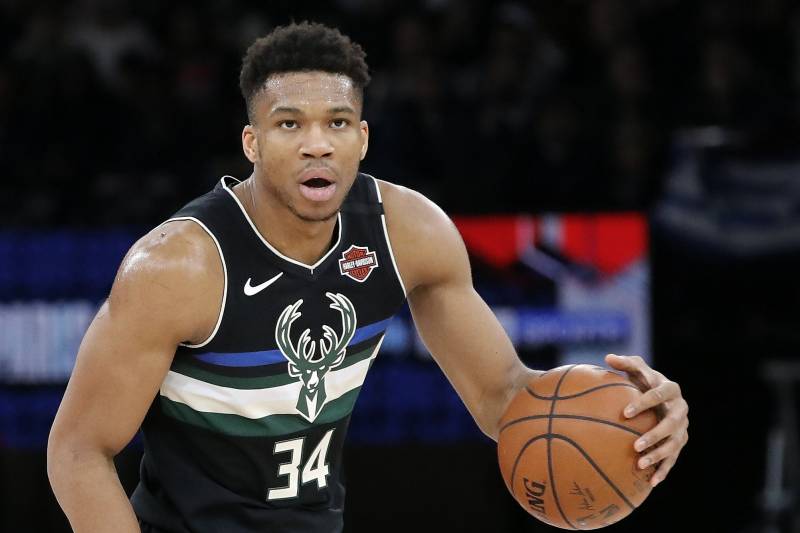 Antetokounmpo received 75 first-place votes and 432 points in balloting performed by a panel of 100 sportswriters and broadcasters.

Antetokounmpo whose parents are both Nigerians was born and raised in Greece.

Charles and Veronica Adetokunbo moved from Lagos to Greece in 1991 in hopes of a better future for themselves and their family after struggling to find employment.

The Adetokunbos had four more sons, all born in Greece, including Giannis on Dec. 6, 1994. (Antetokounmpo became Giannis’ surname after it was spelt that way on his Greek passport instead of his birth name of Adetokunbo.)

Gobert won the award in each of the previous two seasons. Antetokounmpo finished second in last season’s balloting.

Statistics toward consideration for the award were used through March 11, the night the NBA season was suspended after Gobert tested positive for COVID-19 prior to a game at Oklahoma City.

Antetokounmpo averaged 13.7 rebounds up to that point — including an NBA-leading 11.5 on the defensive end as well as 1.04 steals and 1.02 blocked shots per game.

“He impacts the game with his blocked shots, his rebounding, his ability to guard all five positions … his talent is beyond special.”

Antetokounmpo joins Sidney Moncrief (1982-83 and 1983-84) as the only Milwaukee players to win Defensive Player of the Year honours.

Milwaukee held opponents to a league-low 41.3 per cent shooting from the field through March 11.

The club also had the best defensive rating in the NBA by allowing 101.6 points per 100 possessions. That number was 96.5 when Antetokounmpo was on the floor.

“I want to thank my teammates,” Antetokounmpo said.

“Without my teammates, this wouldn’t be possible.

Antetokounmpo also is a finalist to win his second straight MVP award.

Only Chicago’s Michael Jordan (1987-88) and Houston’s Hakeem Olajuwon (1993-94) have been named MVP and Defensive Player of the Year in the same season.