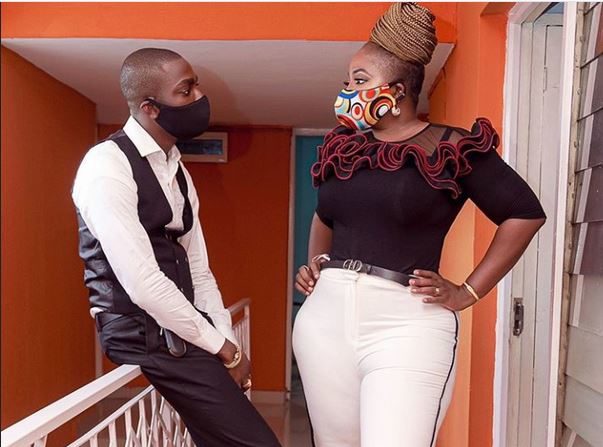 Nollywood actress, Anita Joseph’s partner, Michael Fisayo Olagunju has lashed out at trolls alleging that the screen diva has hypnotised him.

A section of social media critics had accused the actress of putting the comedian, otherwise known as MC Fish, under a spell which makes him subject to her dictates.

However, in a swift reaction to the speculation, MC Fish has described those behind the report as rumour monger.

In a post shared on his Instagram page, he sarcastically pleaded with the actress to continue ‘using his head’ as claimed by trolls.

He wrote in part:

“…What is the point of having a non-used head if it is not making money or moving forward in life. @anitajoseph8 my wife, my love in whom I’m well pleased use my head dey go abeg.”

Recall that the duo had constantly come under attack, with the most recent being a video she shared showing her husband bathing her.

See a screenshot of his full statement below: 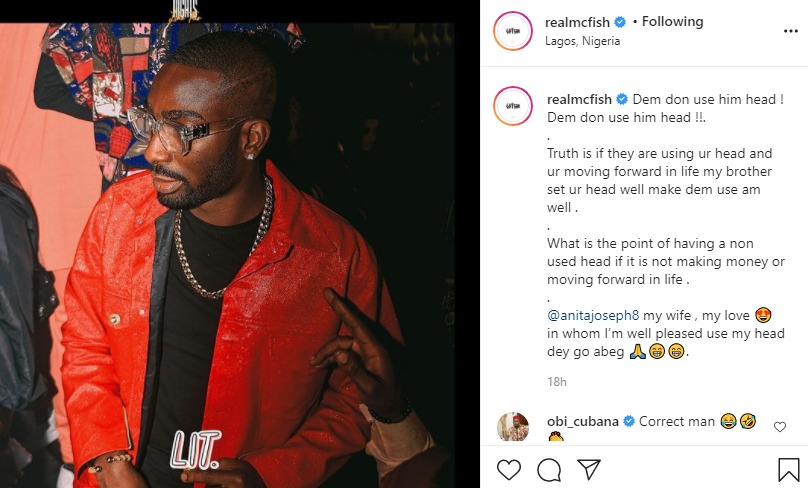