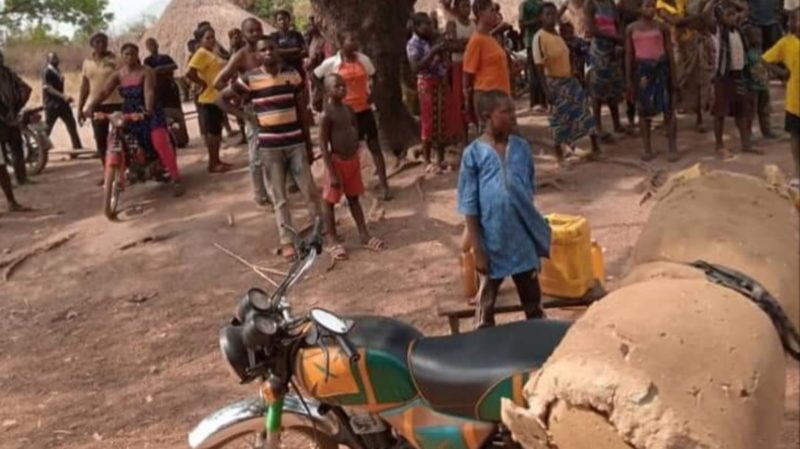 The Benue Police Command, on Wednesday, said that a middle-aged man was burnt to death by some angry youths, while attempting to snatch a motorcycle in Makurdi.

The command’s Police Public Relations Officer (PPRO), DSP Catherine Anene, said this in a telephone interview with the News Agency of Nigeria (NAN) in Makurdi.

Anene, who said that the victim was burnt beyond recognition, said that the motorcyclist overpowered the suspected thief and raised the alarm, thus prompting the youth to rush to the scene and set him ablaze.

The police spokesperson, while condemning the act, said that the identity of the suspected thief could not be ascertained, as he was burnt beyond recognition.

An eyewitness, however, told the News Agency of Nigeria that the deceased had shot at the motorcyclist but that the latter escaped the bullet.

The eye witness said that it was the gunshot that attracted the attention of the youth, most of whom were Okada riders, who gave him a hot chase, caught him on the old Otukpo road, near Hotel Bobec and set him ablaze. (NAN)
AEB/ACA/WAS

Related Topics:Benueprince khalifa
Up Next

My husband stole my money, bought a land with it, wife tells court