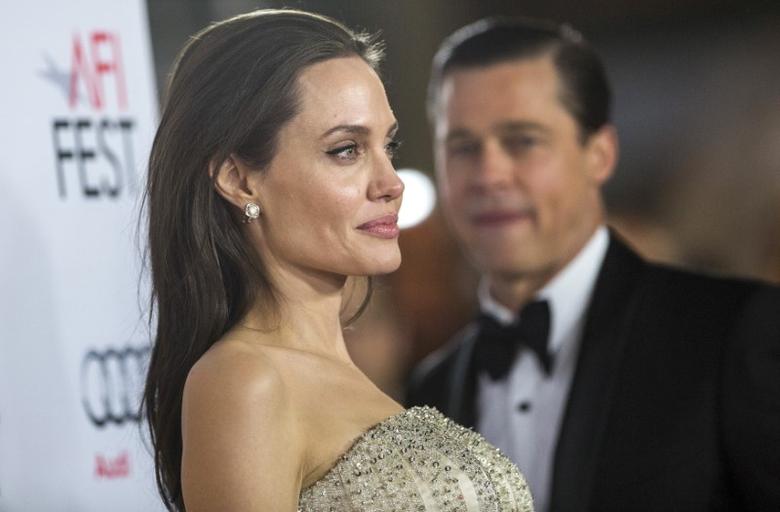 Hollywood actor, film-maker and humanitarian, Angelina Jolie, has opened up on the collapse of her marriage with estranged husband, Brad Pitt.

The estranged couple got married in 2014 after almost 10 years of being in a relationship, according to Mirror, sharing six children including Maddox, 19, Pax, 17, Zahara, 16, Shiloh, 14, and 12-year-old twins Knox and Vivienne.

Fondly called ‘Brangelina’, the couple unfortunately split in 2016 and have been in the process of divorce ever since.

The couple filed for divorce in September 2016 following an incident on a plane when Brad allegedly lost control of himself and clashed with son Maddox, 16. The Hollywood couple then released a joint statement where they said they’d agreed to settle their divorce in private. [The Sun UK]

Angie who was the star on the March cover of British Vogue Magazine revealed that she has been focusing on healing her family five years after parting ways with estranged husband, Brad.

During a chat with British Vogue, the  Maleficent star opened up on the collapse of the marriage with her Mr&Mrs Smith co-star.

“I wanted it to be close to their dad, who is only five minutes away.

“I felt a little pressure moving in. Like I had snuck into where DeMille and Chaplin would hang out.

“I love most that there is no entertainment room, but lots of pathways and places to walk and think. I feel very fortunate we have that at this time.”

Speaking further, the Salt actress said: “I don’t know. The past few years have been pretty hard. I’ve been focusing on healing our family.

“It’s slowly coming back, like the ice melting and the blood returning to my body.

“I do like being older. I feel much more comfortable in my forties than I did when I was younger.

“Maybe because… I don’t know… maybe because my mom didn’t live very long, so there’s something about age that feels like a victory instead of a sadness for me.”