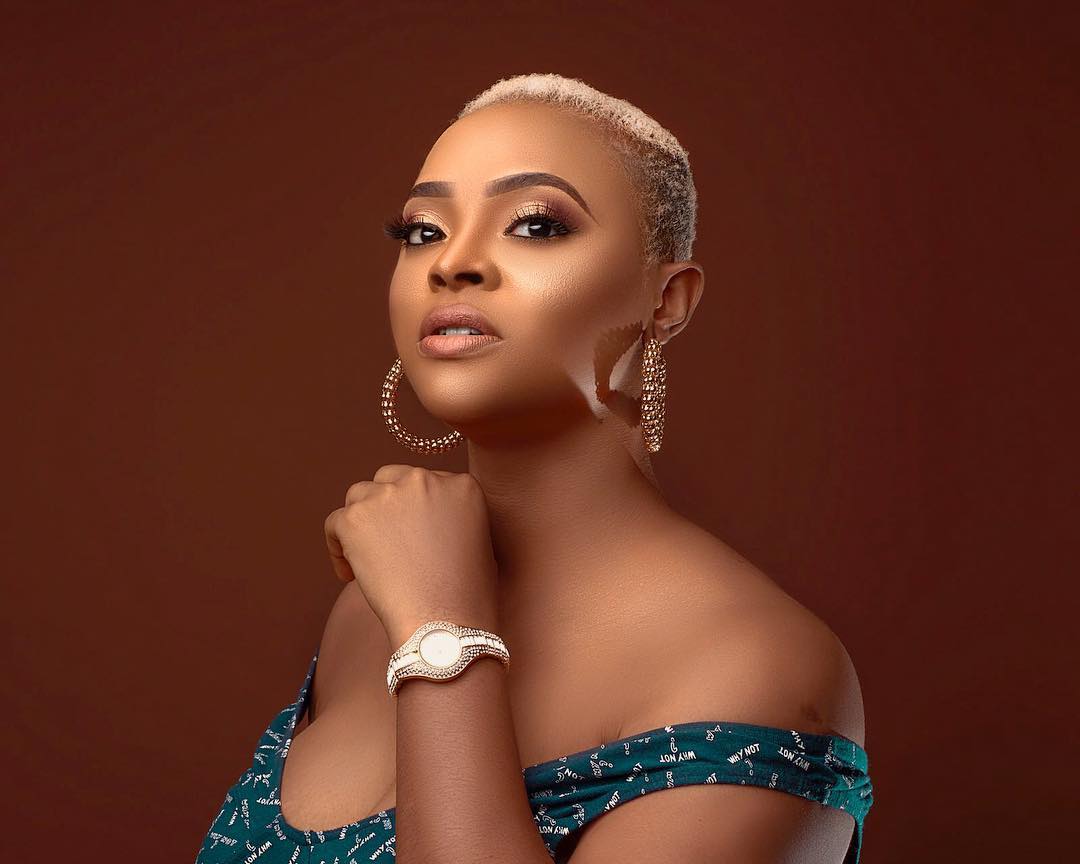 Nollywood actress, Angela Eguavoen has thrown shades at critics who always have something to say when a ‘Female celebrity or actress acquires a luxurious property.

This is coming after CEO Mavin Records, Don Jazzy acquired a multi-million naira mansion in Lekki.

“Added this new crib to the portfolio. Shhhhh my new neighbours are sleeping.” he captioned the upload which included a picture of himself standing in front of the beautiful house located at Pinnock Beach Estate in the Lekki area of Lagos State

The sexy actress reacting to Don Jazzy’s new crib said that if it was a woman who acquired such a feat the world would be quick to judge as they never really see the stress, latenights and hard work a woman puts in to achieve success.

Below is what she has to say;

“Them go say na man she sleep with take get the house. Them go begin cook up rubbish and foolish lies. Set awon “where una dey see this money?”

“You all don’t see the stress, the hustle, the late nights, early mornings and hard times. Enemies of progress, bitter souls, feasting on just the wins”.

Recall that there has been series of cases where Nigerian celebrities or actresses acquire luxurious houses or cars and social media users bashed them asking them how they got funds to acquire such luxury. 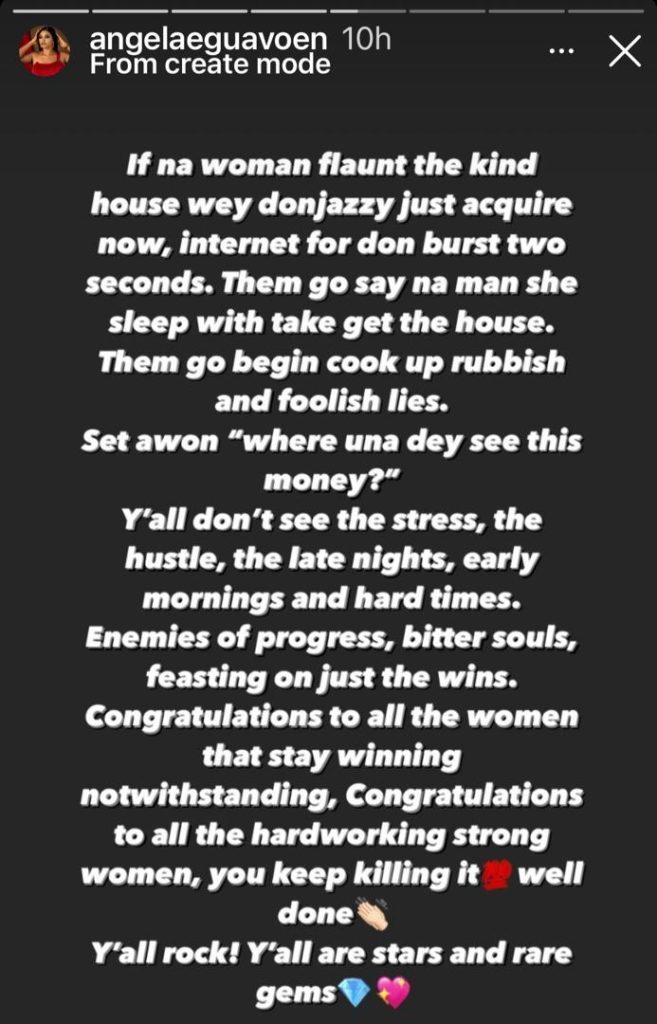