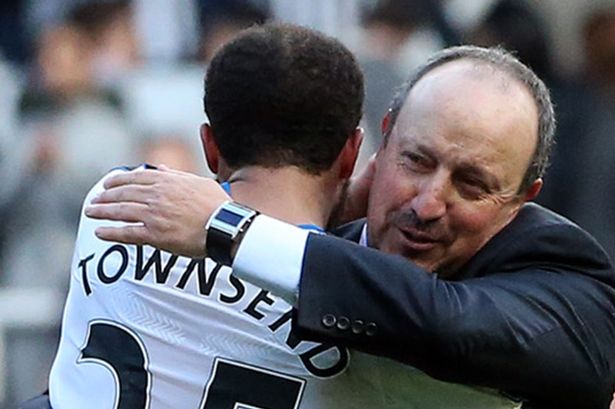 Everton have completed the signing of Andros Townsend on a free transfer after penning a two-year contract until the end of June 2023.

The 30-year-old winger joins on a free transfer after his contract expired with Crystal Palace, where Townsend spent the past five years.

Townsend would be reuniting with new Blues manager, Rafa Benitez, after working together at Newcastle United, noting that it was “massive and ambitious” an opportunity he could not turn down.

“I think everyone knows what Everton is. It’s a massive football club, it’s very ambitious, a club which has been trying to get back to where it belongs into Europe and beyond,” Townsend told EvertonTv. “I’ll be doing all I can to help the Club do that.

“Everton is a massive football club and has big ambitions next season. As the old cliché goes, it was a no-brainer.

“Rafa is very experienced. He does a lot of work on the tactical side on the training pitch, he leaves no stone unturned. But more importantly, he’s a great man, a great man-manager, and he’s always talking to you. I’m sure he will be very successful here.

“My strengths are that I can cross a ball with my left or right foot, get balls into the box. I like to score a goal or two,” said Townsend. “I work hard off the ball, too, which is something I got better at with Rafa.

Townsend started his career at boyhood club Tottenham Hotspur, coming through the club’s youth academy and spending seven years at White Hart Lane before moving to Newcastle in 2016, netting four goals and two assists from 13 appearances.