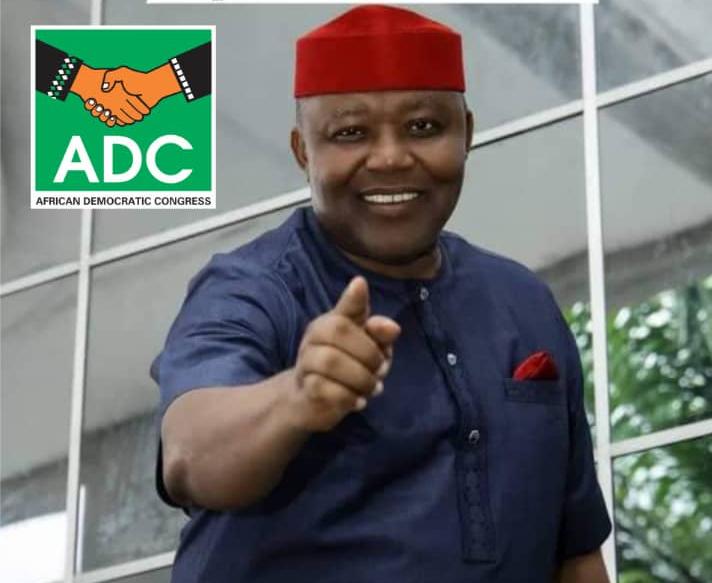 Dr Akachukwu Nwankpo, the candidate of the African Democratic Congress in the Nov 6 Anambra governorship election, has selected Mr Lawrence Ughammadu, a Pentecostal pastor as his running mate.

Chuma-Odili said Ughammadu was nominated by the party after careful considerations and deliberations within the party hierarchy in view of the resolve to present the best ticket to the electorate.

He described the running mate as a distinguished man of God, youth advocate, social critic, and philanthropist.

He said Nwankpo upon clinching the ADC ticket had urged the party to pick a running mate for him.

According to him, Pastor was chosen after careful considerations and deliberations within the party; he has been presented to the flag bearer who had earlier asked the party to choose a running mate for him.

“Nwankpo had an option to pick whoever he wanted, but chose to involve the party in deciding who to run with, Pastor Law got the nod because he is a Pentecostal Pastor with an unblemished track record,” he said.

Ughammadu who was born in 1973, is an indigene of Nibo, in Awka South Local Government Area of the state.

He is currently a Pastor with the Dominion City Church. Ughammadu is an alumnus of Christ the King College Onitsha and holds a B.Sc degree in Accounting from the Enugu State University, and MBA from the University of Nigeria Nsukka among other qualifications.