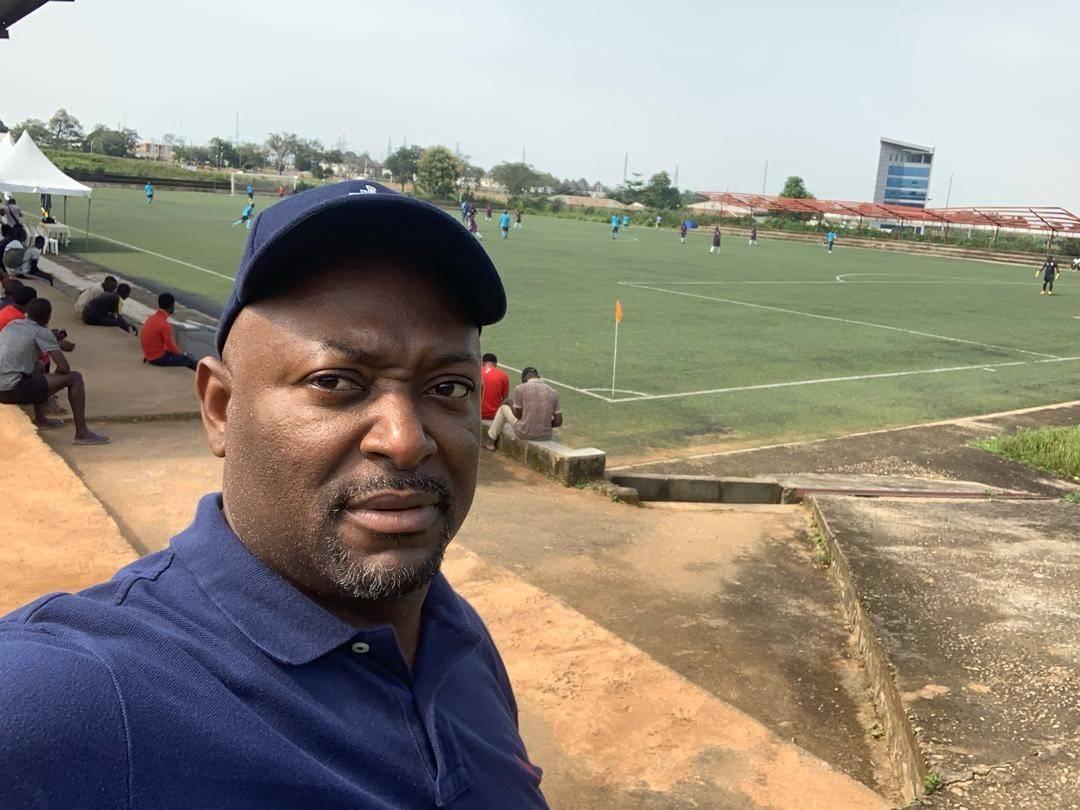 It is no longer news that Chikelue Iloenyosi became the first Nigerian to run as the sole candidate in a football Elections in the country (may be in Africa or even the world) and still lost getting only one YES vote and nineteen NO votes, a total rejection of an interloper who wanted to reap where he never sowed.

After gallivanting all these while in places far away from Anambra State he suddenly remembered his state of origin in election time.

It is not as if such is alien to him as in May 2011 he was banned by the Nigeria Football Federation (NFF) for participating in the rival Nigeria Football Association (NFA) activities, so yes he has a track record of jumping ships and causing confusion especially during elections.

In Anambra State he has never identified with the stakeholders, he appeared on the scene during the early days of FC Ifeanyi Ubah and was part of those who plummeted the club.

He was then the Personal Assistant to his benefactor, the proprietor of the Club, he has since betrayed and fallen out with him showing his usual character.

Iloenyosi, who is from Abagana in Njikoka LGA had uneventful 4 caps for the Super Eagles during which he was a calamity defender.

His stock in trade is boasting and deceiving unsuspecting followers, the truest character of an interloper.

So the rejection by the Anambra State Football delegates is telling him that they do not know him, he has not identified with them, he has been a destroyer rather than a builder, he has neither the capacity nor the quality of the type of person they desire as they seek positive change in their football fortunes and that he cannot suddenly remember his State of origin in Election time.

Apart from playing the game, his only other involvement is being Personal Assistant (PA) to Dr Ifeanyi Ubah, PA to NFF President, Pinnick Amaju and recently PA to Nigeria National League (NNL) chairman, Senator Obinna Ogba, he has never managed anything on his own. The nomenclature, Personal assistant or PA is just a glorified messenger.

Compared to the man who he sought to destroy while conniving with some discredited football persons and eventually fraudulently got disqualified, Dr Emeka Okeke, both are oceans apart in every sphere of life.

He might as well be employed by him to be his PA.

While Okeke is a mellow fellow Chikelue is a volatile person.

His statement before the election “You see what is going on with End SARS, that is what is going to happen in Anambra football because I’m going to take this to the next level if they do not do the right thing. The End SARS own will be small, I’m going to organise the whole Students Union in Nigeria, in Anambra State to have a protest.”

That is threatening to wreak havoc in a State he claims to love.

The intermeddler is lucky he is from a state like Anambra.

In some states, he would have been declared a security risk and dealt with or even ran out of the State.

Okeke is a proprietor of Nationwide League One side, Aspire FC. Recently he hosted the Bayern Munich U-15 scouting programme both in Awka and in Lagos where young players were selected by officials from Bayern. He believes in youth development.

MORE READING!  He 'seemed to have eyes in the back of his head' -  Oliseh on marking Maradona in 1994

Okeke as well inspired the stakeholders with his jauntiness that immediately endeared him to them and they swore within themselves that they will not lose such opportunity as they remember the downtroddenness of many years.

One of this group’s favourite Bible quotes comes from Deuteronomy 2:3 and we quote: “You have been wandering around in this mountain country for too long; it’s time to turn North.”

That is exactly what the stakeholders have done, a statement of ‘Enough is Enough’, this Egypt we have seen these past years we shall see no more.

A message of “Chikelue Iloenyosi, go back to where you have been all these years, we don’t need you in Anambra football” delivered loud and clear.