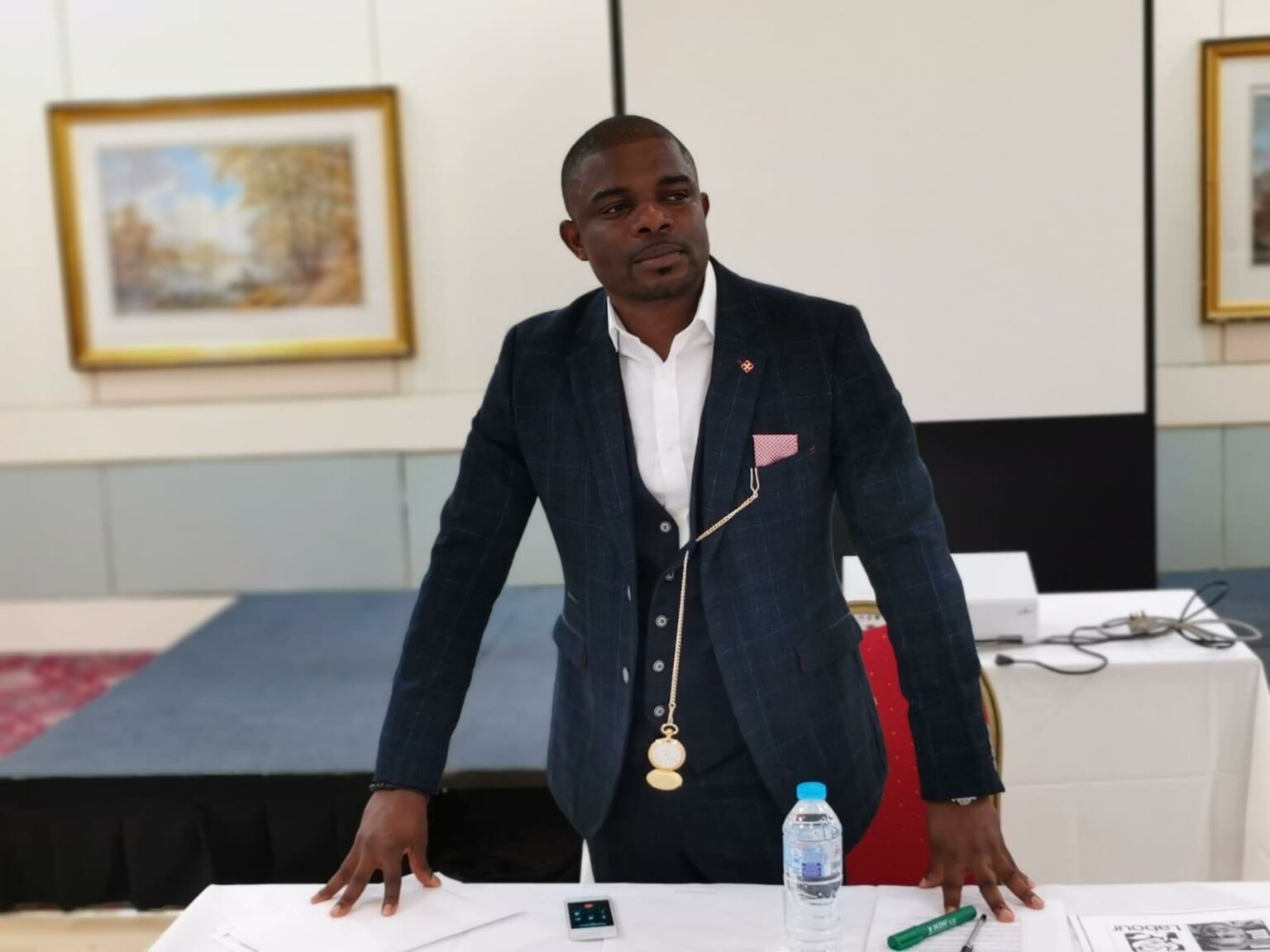 I have taken a deep look into your worth and your vision for Africa. I wish to remind you that wealth without economic freedom is indeed entrapment. In the twenty-first century, almost every institution, industry, etc. relies greatly on online media.

We need economic freedom and we can’t get it without media control.

I’ll give you some examples of what I mean by dropping strong analogies. Twitter was created by Jack Dorsey, Noah Glass, Biz Stone, and Evan Williams in March 2006 and was launched in July of that year.

By 2012, more than 100 million users posted 340 million tweets a day, and the service handled an average of 1.6 billion search queries per day. I wish to remind you that the founders are all Americans.

Subsequently, Facebook was founded by Mark Zuckerberg, along with his fellow roommates and students at Harvard College who were Eduardo Saverin, Andrew McCollum, Dustin Moskovitz, and Chris Hughes. Facebook is one of the world’s most valuable companies.

It is considered one of the Big Five companies in the U.S Information Technology industry, along with Google, Apple, Microsoft, and Amazon. Apart from Eduardo Luiz Saverin, the rest of Facebook’s cofounders are Americans.

Similarly, Instagram was founded by Kevin Systrom and Mike Krieger in 2010. They founded Instagram in a San Francisco co-working space in 2010. Facebook CEO Mark Zuckerberg described Systrom and Krieger as “extraordinary product leaders.” “I’m looking forward to seeing what they build next,” he said in a statement. This very statement is overwhelming to note; it simply means that Westerners don’t compete among themselves, rather, they work as a team and promote each other to succeed, while the reverse is the case in Africa, as there will be envy and unhealthy competition. This is something everyone should take note of, fighting one another in Africa encourages racial abuse outside Africa and racial belittling by other races.

Tiktok, on the other hand, was founded by Zhang Yiming, a Chinese billionaire internet entrepreneur. He founded ByteDance in 2012 and developed the news aggregator Toutiao and the video-sharing platform TikTok.

My question for you is, where is the social media platform and information technology owned by an African? It is obvious that we rely solely on the West for our wellbeing and redemption – And now, China is our new lord. It defeats the purpose of having the reputation of the most educated people in Africa if not the globe. By now I expect to see one information technology company developed by a Nigerian, which should work smoothly and faster than that of the above social media platforms. I need to remind you, the fact that you have social media accounts with possibly many followers doesn’t mean your accounts can’t be suspended indefinitely by these platforms. If this happens, it will have a negative impact on your fans and businesses, while also creating psychological effects. You all need to be one step ahead. Two incidents should have served as a wake call to us – the permanent suspension of Donald Trump’s social media accounts and the suspension of Tundeednut’s Instagram account. This incident should have made us realize how much we need our own social media platform, of course, westerners will use it as well.

To that effect, these are my strategy:

Announce on media that anyone who is a technology expert or software engineer should come to see you for a project that will create a strong social media network that will stand the test of time. You can name the project Global networker or choose a name that is more inclusive of every nationality. Once it is ready to be launched, hire a team made up of US, UK, and Chinese experts to launch it with the founders. These strategies are then disseminated to their respective countries, thereby letting them know the existence of a new social media network and they will promote safety aspects of it, thereby encouraging other nationalities to have public trust in the platform.

The second strategy is to encourage other music artists to ask their fans to sign up to the social media network and also talk to international artists like Chris Brown, Jay Z, Beyoncé, DJ Khal, Rihanna, Stormzy, and other Caucasian artists in America and Europe. In less than a month, millions of people will subscribe to the social media platform and, on this note, shareholders will call in to buy shares and within a year you will become billionaires in pounds due to the stock market for this platform. Twitter has a stock market including Facebook. This is not to mention the billions of dollars that you will generate from advertisements on this platform.

Remember, there is poor power supply in Nigeria so once you find technology entrepreneurs to create this social network, you will need to provide accommodations for them, and steady power supply and the facilities they need, and see if satellite access may be needed, though they will tell you all that is required to create this social media network.

Africa desperately needs to establish social media platforms so that Africans can have absolute independence from Western social media. Tiktok was created by a Chinese national.

Please, you need your own don’t be comfortable on Twitter, Instagram, and Facebook, they are owned by westerners, they might decide to stifle information coming from Africa any day for economic purposes or political reasons.

Davido is capable of funding one and encourage people to join the platform through his fan base all over the world.

By now we should be thinking of creating our own technology not to be importing. We need to break the chain of consumers and be creators, inventors, and entrepreneurs because it is the only way we will get economic growth and freedom without which our testicles will forever be squeezed by Westerners, and now it seems likely to be China. Common China! Remember the squabble of Africa.

I noticed that an average African is too proud of a big penis but that is not as important as having your home-made product and controlling the quality of its production. Although, we all have strengths and weaknesses between westerners and Africans.

It is easy to poison a country that imports almost 90 per cent of its products. For most canned foods, questions should be asked. Some of these questions include: how were the products produced? how safe are they for consumers? Is there an added addictive substance? I want an Africa that is purged of self-reliance that is how you earn respect from other nationalities. We should compete with the Westerners and Asians, not with our fellow Africans, this will bring the best of us.

Envy is poverty indeed and I rest my submission here.