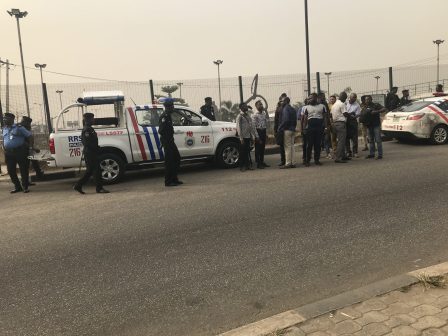 Some armed mobile policemen have taken over the Gani Fawehinmi Park in Ojota, Lagos, where a protest code-named “Amotekun Solidarity Walk” was meant to hold today.

The peaceful protest organised by Yoruba World Congress (YWC) is billed to take place in all Southwest states.

Reports from the venue revealed that

However, when protesters started gathering at the venue this morning, they observed a heavy presence of security personnel around the park.

YWC had called on Yoruba sons and daughters to come out in large numbers on Tuesday to participate in a rally to support Operation Amotekun, a security network recently established by governors of South-West Nigeria to wage war against insecurity across the region.