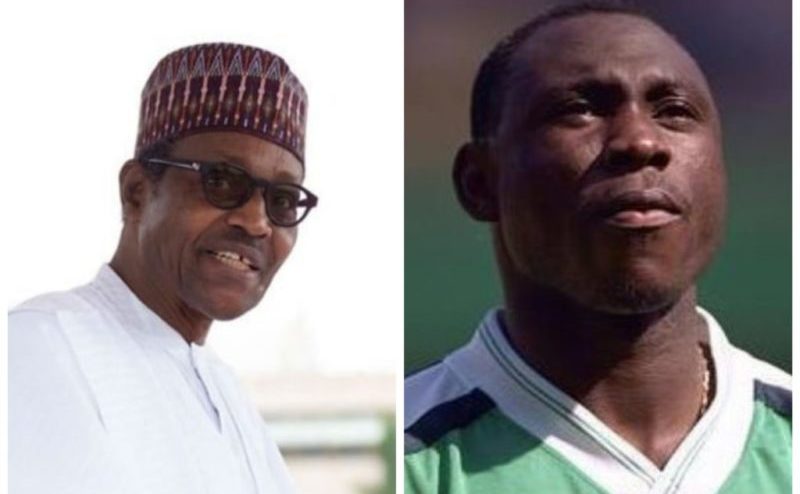 Former Everton star, Daniel Amokachi, was one of a kind striker Nigeria ever had considering his superb performances when he was at the Super Eagles and all the clubs he played for.

The 47-year-old former Nasarawa United striker got his letter of appointment on Thursday, August 20, from the Sports Minister Sunday Dare.

As Special Assistant on Sports, Amokachi is expected to advise the President on all sports matters and not only football which he is known for.

The Former Everton of England player was earlier in the year named Nigeria’s Football Ambassador and he is now expected to leave the office.

“I am pleased to inform you that Muhammadu Buhari President of the Federal Republic of Nigeria has approved your appointment as Special Assistant on Sports.

“The appointment takes effect from the 11th of August, 2020,” the letter given to Daniel Amokachi. Details Coming