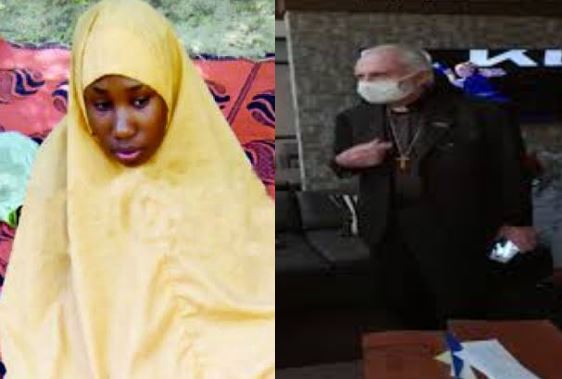 An American Pastor simply identified as Abu Zacharia, has offered to replace Leah Sharibu who has been in Boko Haram captivity since February 2018.

Recall that on February 19, 2018, at 5:30 pm, 110 schoolgirls aged 11–19 years old were kidnapped by the Boko Haram terrorist group from the Government Girls’ Science and Technical College (GGSTC).

Dapchi is located in Bulabulin, Yunusari Local Government area of Yobe State, in the northeast part of Nigeria.

Five of the girls died during the abduction. The sect members released 104 of the schoolgirls and held on to Leah who refused to denounce her Christian faith.

Pastor Abu Zacharia, an American missionary is in Nigeria in the company of an American-based human rights advocate, Barrister Emmanuel Ogebe, as they are making efforts to meet with Boko Haram leaders so that they can take him in place of Leah.

Speaking to newsmen over the weekend, Zacharia said,

”I am here in Nigeria, my third trip in four months to negotiate the release of Leah Shuaribu with Boko Haram. What am offering to them is to exchange Leah for myself and I will go into their captivity.

So that is what am planning to do, once they find out that am here, I have already had one meeting with the government official, asking his assistance to have a meeting with Boko Haram. Wherever she is, am willing to go there and exchange myself.

The basic of this is John 15:13 in the gospel “Greater love has no man than a man lays down his life for his brother and his sister. So I am here to, with the permission of my wife of 41 years and five children and nine grand-children, to see if I can negotiate her release. And they will release her and take me instead. And that is my goal.

I have been doing full-time religious freedom work and international Christian humanitarian work in the war-zones. I have been to places like Afghanistan, Iraq, Iran, Pakistan, Turkey, Jordan, Gaza, Sudan and Cuba, among others.”