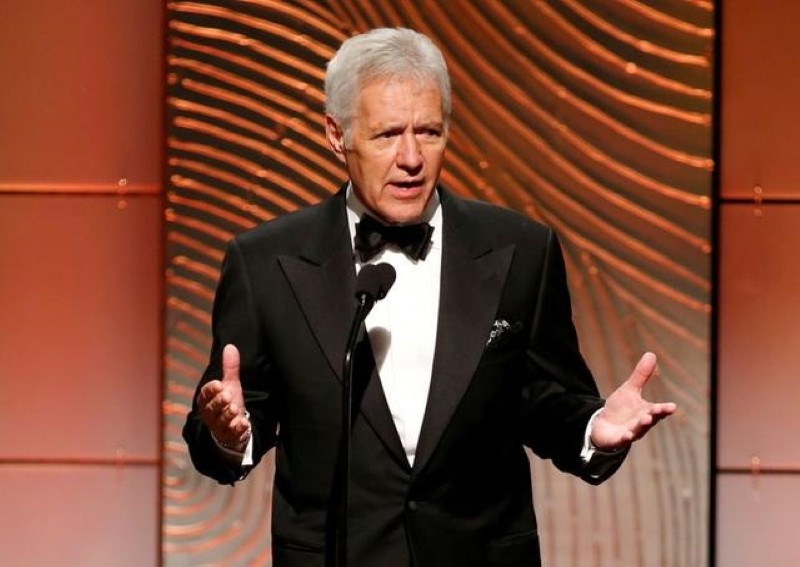 American-Canadian comedian and TV host, Alex Trebek, has died at the age of 80 after losing a battle to pancreatic cancer on Sunday.

Trebek revealed in March 2019 he had been diagnosed with stage 4 pancreatic cancer, triggering an outpouring of support and well wishes at the time.

Trebek would be remembered by his fans as the host of a popular TV game-show “Jeopardy!” which he hosted for five decades.

A statement shared by on show’s Twitter account Sunday announced that he died surrounded by his family and friends.

“Jeopardy! is saddened to share that Alex Trebek passed away peacefully at home early this morning, surrounded by family and friends, thank you, Alex.”

He underwent chemotherapy treatment while continuing to host Jeopardy!, and in July, vowed to keep up with his TV commitments for as long as possible.

Trebek got his start as a newsman on the Canadian Broadcasting Corporation and went on to host high school quiz show Reach for the Top.

He moved to the U.S. in 1973 and became the host of NBC show The Wizard of Odds and other variety programmes before landing the job at Jeopardy!, a role which earned him his seventh Daytime Emmy Award for Outstanding Game Show Host in June.

In 2018, he signed a contract extension to secure his gig as the host of the game show until 2022.

Trebek was known for making cameos in a string of hit shows, including Cheers, Seinfeld, The Nanny, How I Met Your Mother, Hot in Cleveland, and Orange Is the New Black. He also filmed an appearance for Ryan Reynolds’ upcoming blockbuster, Free Guy.

Trebek’s health had previously been on fans’ minds after suffering mild heart attacks in 2007 and 2012, and he took a brief medical leave in 2018 to undergo surgery for blood clots on his brain.

Related Topics:Alex TrebekFeaturedJeopardy
Up Next

Jason Njoku recovers from COVID-19, says it made him really sick