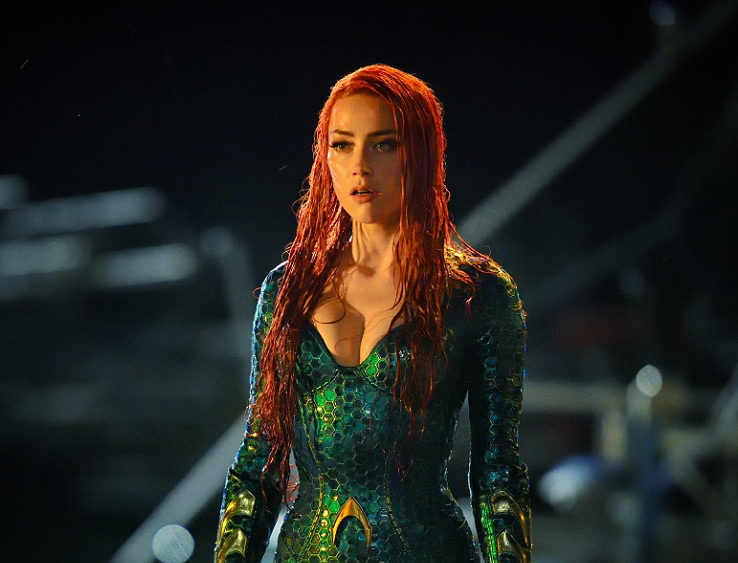 Actress, Amber Heard, has debunked rumours making rounds that she will been replaced as Mera for Aquaman 2.

In an interview with Entertainment Weekly, Heard gladly informed that she will play the character of Mera when production likely begins in 2021.

Runours of Amber’s sack from the role surfaced online after her ex-husband Johnny Depp lost his libel suit against the U.K.’s The Sun.

As a result Warner Bros asked Depp to ewsign from his role as Grindewald in Fantastic Beast, despite shooting a scene in the much anticicpated second sequel (Fantastic Beast 3).

“I’m super excited about the amount of fan love and the amount of fan appreciation that Aquaman has acquired and that it has garnered so much excitement for Aquaman and Mera that it means we’ll be coming back,” Heard told EW. “I’m so excited to film that.”

“Paid rumors and paid campaigns on social media don’t dictate [casting decisions] because they have no basis in reality,” Heard added to EW. “Only the fans actually made Aquaman and Aquaman 2 happen. I’m excited to get started next year.”

It can be scary falling in love, says US star, Taylor Swift