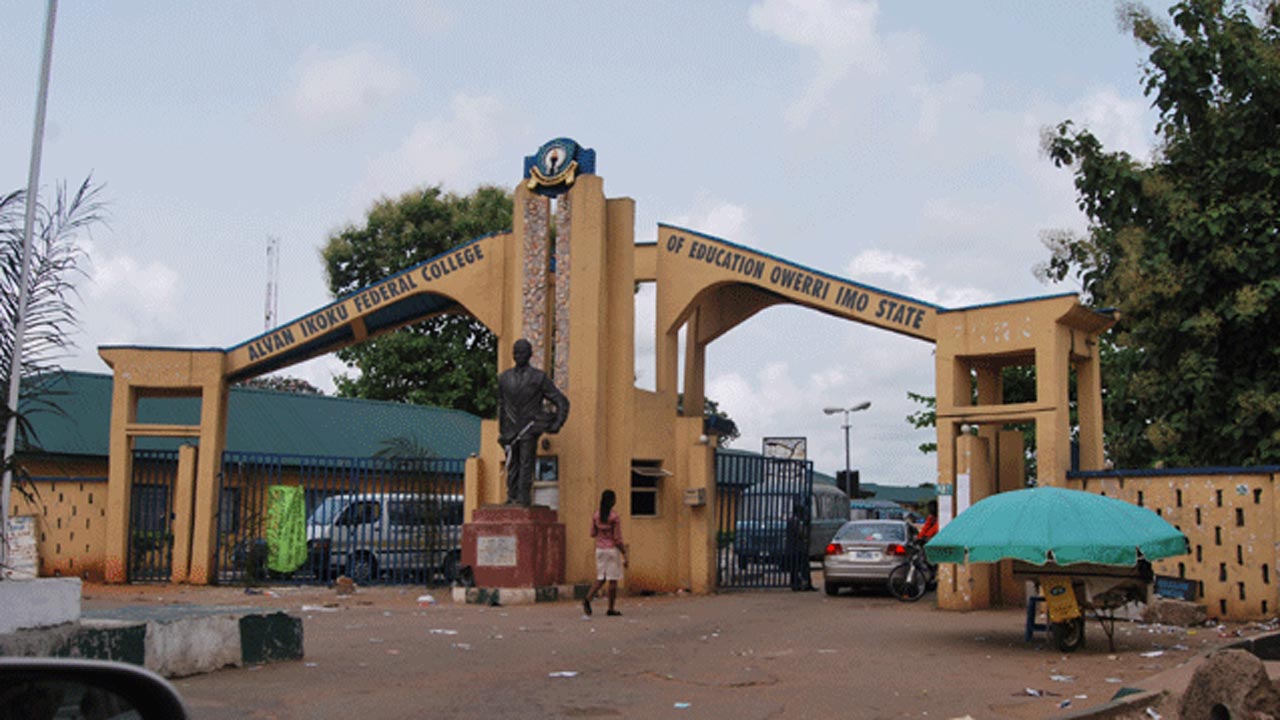 The Management of Alvan Ikoku Federal College of Education has confirmed the death of a senior lecturer, simply identified as Mr Echetama, who slumped and died in a lecture hall on Tuesday.

The Acting Public Relations Officer of the college, Mr Joseph Okwulehi, who confirmed the death to newsmen in his office on Wednesday, said the Provost of the college is engrossed in a series of emergency meetings over the issue.

“I can confirm to you that a senior lecturer slumped in a classroom on Tuesday and was confirmed dead at the Federal Medical Center, Owerri.

NAN reports that Echetama, until his death, was a senior lecturer at the Department of Business Education.

Meanwhile, the development has forced students to keep away from lectures over an emerging rumour that the sudden death of the lecturer was connected to COVID-19.

Students were seen on Wednesday vacating school hostels, while others fled the school premises for the fear of contracting the dreaded virus.

Some of the students who spoke to NAN said they decided to avoid lectures when the rumour emerged that the lecturer died of Coronavirus complication.

A final year student of the institution, Mr Frederick Anyawu, said the development has forced lecturers to suspend lectures.

He said students decided to keep away from the college until the issue is sorted out.

Another student in the department of economics, Mr Okechukwu Eze, said the development has caused skeletal activities in the institution.

Education board to blacklist contractors over incompetence