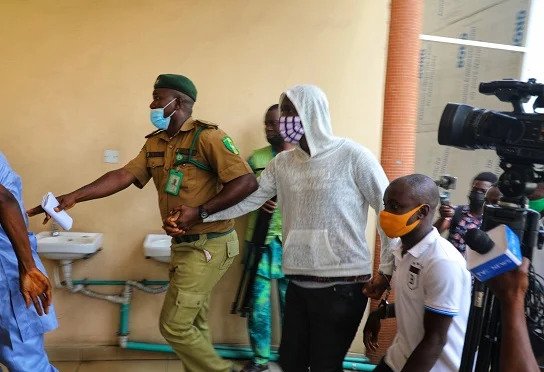 Embattled Nollywood actor, Olanrewaju Omiyinka popularly known as Baba Ijesha,  has been granted a bail worth N2million by the Ikeja Special Offences Court on Thursday, June 24.
WuzupNigeria reported that Omiyinka had earlier on Thursday pleaded not guilty before Justice Oluwatoyin Taiwo to all the six counts of alleged sexual assault filed by the State Directorate of Public Prosecutions DPP.

Although the state counsel, led by Mrs Olayinka Adeyemi, requested that the defendant be remanded in a correctional facility pending commencement of trial, the defence counsel, a Senior Advocate of Nigeria, Mr Babatunde Ogala urged the court to grant Baba Ijesha bail application that had filed and served to the prosecuting team.

Justice Taiwo, however, ruled in favour of the prayer by thespian’s counsel, as such, Ijesha would be on bail as the sexual assault trial goes on.

Omoyinka is expected to present the sum of N2 million and two sureties — one of which must be a legal practitioner and the second a family relation, according to the Cable.

Taiwo ruled that the actor has within the next seven days to perfect the bail terms and conditions, adding that the trial would begin on July 26 through 27 and 28 respectively.