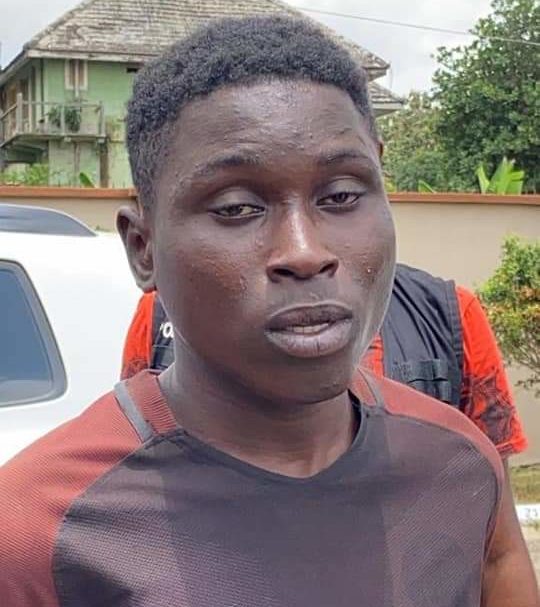 The man suspected to be behind series of killings and rape of women in Akinyele area of Ibadan, the capital of Oyo State, Sunday Shodipe, has revealed to police how he escaped from their custody after his initial arrest.

Shodipe was rearrested on Sunday after he escaped from the Mokola Police Station where he was detained after his arrest seven days ago.

The suspect told the Police that he escaped after a new Divisional Police Officer, deployed to the station allowed an officer he identified as Funsho to allow him to take his bath.

He said he ran away despite warnings from the police officer.

Shodipe said he escaped when he saw that the officer was discussing with another person and was not paying attention to him.

“The new female DPO asked officer Funsho to allow me take my bath. He cautioned me not to try to escape when I am taking my bath.

“I escaped when I saw him discussing with another person. I climbed the borehole pole and jumped the fence. The people living in the area saw me when I escaped but they did not raise any alarm.”

US indicts five Nigerian over $300m lotto scam, extradites one from Canada