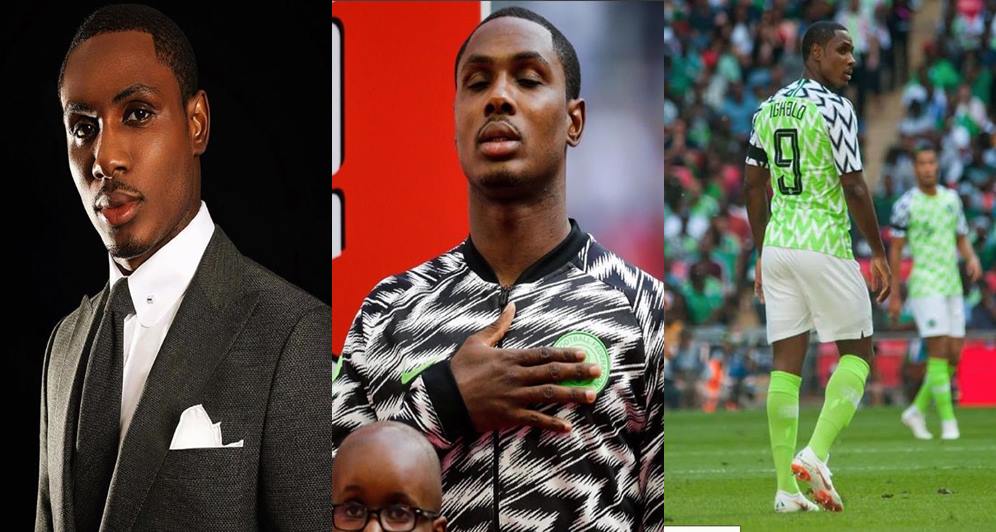 Super Eagles striker, Odion Ighalo, has reacted to the alleged death threat issued on social media to his family in Lagos because of his failure to score a goal against Argentina when he had a clear chance.

The Super Eagle star whom many Nigerians blamed for our defeat after wasting the opportunity to score a saving goal said it was not deliberate.

The News Agency of Nigeria reports that Ighalo, who replaced Kelechi Ihanacho in the second half of the match between Nigeria and Argentina in the ongoing World Cup in Russia, failed to convert a pass from Ahmed Musa had incurred the anger of fans.

Reports said that most Nigerian fans strongly believed that if Ighalo had scored the goal, it would have seen the Super Eagles through to the Round of 16 of the World Cup.

Speaking through his Social Media timeline, Ighalo, who was involved in Nigeria’s qualification for the World Cup, said that he regretted not scoring the crucial goal.

“It is a great experience to play at the World Cup and I enjoyed every moment of it, but sometimes things don’t work the way you want.

“But life has to go on, I am grateful to God I did not sustain any injury.’

“All those, who want to kill him” should remember, he is someone else’s child. “For all those that want to kill me abeg na person pikin I be o it’s well.”

However, after the match had generated a lot of ill-comments from fans, the Changchun Yatai F.C. of China’s striker apologised to Nigerians and assumed personal responsibility for the blunder.

THEY ARE A YOUNG TEAM! Gernot Rohr expresses desire to continue as Super Eagles manager