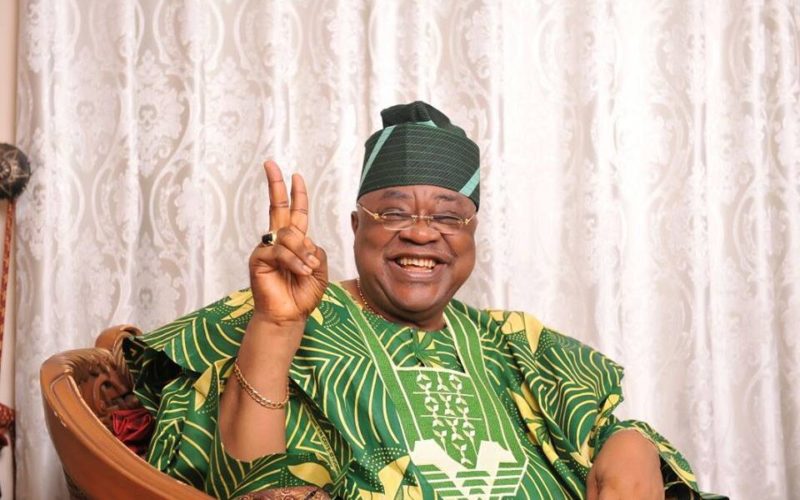 A former governor of Oyo State, Adebayo Alao-Akala has promised to promote unity and progress in the All Progressives Congress (APC) in the state.

The former governor, who is the Chairman of the APC reconciliation committee in Oyo State, gave the pledge in a letter entitled “Oneness and Progress, Our Focus’’ and made available to newsmen on Tuesday in Ibadan.

According to him, a level playing ground will be provided among aspirants seeking elective public offices on the party’s platform.

“I want to re-assure you all great men and women of the APC in Oyo State that I, Otunba Adebayo Alao-Akala, will remain neutral in the scheme of activities of the party.

“I am not in support of any aspirant for any elective office and will never go against the wish of the people.

“I am an advocate of internal democracy that will promote oneness and progress. I reiterate categorically that I am against imposition,” he said.

The reconciliation committee chairman said that the pockets of factions in the party had been officially resolved and had become a thing of the past.

“As we are all aware, our great party, the APC has been through series of upheavals in recent past, but I am glad to inform you officially that this has now become a thing of the past.

“All differences have been resolved and we have become a very happy, united and common front.

“All hatchets have been buried. All groups, bodies and forums have been collapsed into the APC structure. What we have now is APC, Oyo State Chapter,” he said.

The former governor said that the task before him was a call to duty and service, promising to discharge his responsibilities sincerely.

“This is a call to duty and service. It is a sacrifice and we are ready to put our best into ensuring that Oyo State regained its pride of place in the comity of states in our great country, Nigeria,” he said.

Alao-Akala said that an Elders’ Advisory Council has also been constituted with him as head.

“Our core responsibilities shall, among others, include promoting internal cohesion within the party as well as ensuring fairness and transparency in all activities of the party.

“The council is also expected to maintain level playing ground for all as well as promote justice and fair play in the party at all levels,” he said.

Alao-Akala implored all members with aspiration to keep their ambition for now, while joining him in building a virile and strong party.

The former governor assured members that he would always be available and open to everyone.

“I hereby put all members on notice that an expanded, all-inclusive meeting shall be held soon to further cement our oneness.

“I reassure you all, once again, that I am committed to leading our party to victory come 2023,” he said.

Recall that Alao-Akala was appointed the Chairman, Oyo APC Elders’ Advisory Council at a meeting he co-chaired with Gov. Kayode Fayemi of Ekiti State.

The Elders’ Advisory Council was formed during the meeting held at Fayemi’s residence on Sunday in Ibadan.

We’ll have no mercy if Oshiomhole continues to fund his lions, tigers in Edo – Obaseki