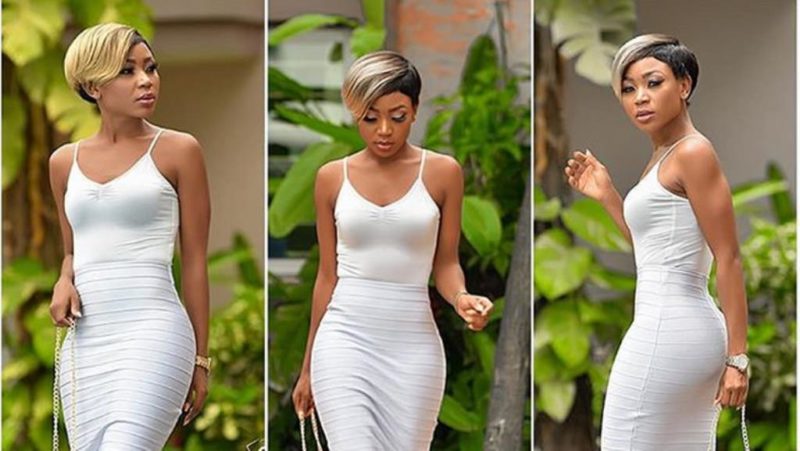 Ghanaian Actress, Akuapem Poloo whose real names is Rosemond Alade Brown, who took a nude photo with her son on his birthday, has been arrested by the Police in Ghana.

According to the reports coming in, Akuapem Poloo is being sent to the headquarters of the Domestic Violence and Victim Support Unit of the Police in Accra.

It would be recalled that Akuapem Poloo posted a photo of herself without any clothes and had her son wearing only underpants.

The photo sparked outrage on social media and led to a massive debate as to whether she had done the right thing.

After the post went viral, it was reported that Child Rights International petitioned the CID to act over the matter since Akuapem Poloo had violated some laws and also breached some Child Acts.

After she celebrated her son’s birthday, she made a self-recorded video with her son in which they both apologized to the public over the issue.

However, the authorities would have none of that as she has been taken to DOVVSU’s headquarters in Accra for questioning.

Most entertainers are broke, Covid-19 has shown who saved for the rainy day- Illbliss