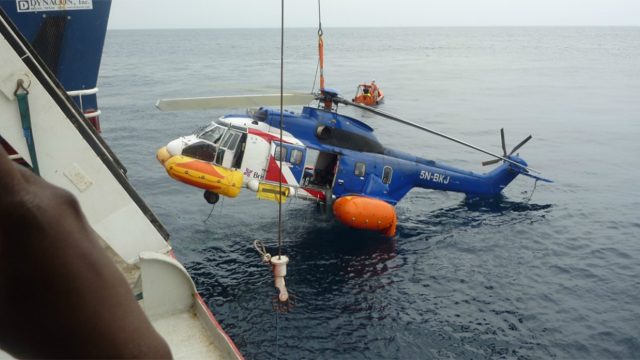 Accident Investigation Bureau Nigeria (AIB-N) has trained 10 investigators on the use of Unmanned Aerial Vehicle (UAV), popularly referred to as drone to ensure data accuracy and enhancement of accident investigation by the agency.

Mr Akin Olateru, the Commissioner of the Bureau, made this known in a statement signed by Mr Tunji Oketunbi, General Manager, Public Affairs, AIB in Lagos on Thursday.

He said that the agency would not relent in its efforts to enhance human capacity building, not just for the industry but for the country at large.

Olateru explained that in 2019, AIB trained its investigators in the UK, U.S., and several other countries around the world and promised that the management would continue to invest in the human capacity to increase the safety of the airspace.

He noted that since the current management came on board a few years ago, it had raised the profile of AIB to a more vibrant one.

He noted that the management had also improved the equipment, infrastructure, training, and welfare of staff, saying that it had a new Condition of Service (CoS) approved for its staff.

Olateru said that the training was the Nigerian Civil Aviation Authority (NCAA) approved RPAS training according to the advisory circular GAD-AC-002B.

He added that this was formed in line with the International Civil Aviation Organisation (ICAO) RPAS Operations Document 10019, Section 8.4.31 internationally, and the NCAA General advisory GAD-AC-002 Section 4.7/ Appendix E29 locally.

The commissioner said the document was currently under extensive review by NCAA.

He said: “Adapting to the latest trends and technologies in accident investigation ensures that our facilities and reports are rated highly all over the world.

“To ensure that these trends and technologies are effectively and efficiently utilized, our staff need to be regularly trained and retrained.

“At AIB, we believe in investing in our human capital so that they can be able to put in their best in the delivery of their various duties.

“To make any organization a success story, human capital remains the greatest asset and you must invest in it.

“It is important to continuously train and equip the staff, give them support and they must trust you as management for them to be able to deliver on their mandate.”

According to him, so far, the ideology has worked greatly for AIB.

“We now publish our final reports timely. Thanks to our adaptation of the latest trends and technologies and rigorous training of our human capital,” he said.

Olateru said that deployment of the technology was important to the investigation process, saying that mishaps could occur anywhere.

He explained that the equipment could also help its investigators to capture the whole site from the initial impact point to the wreckage’s final resting location.

“The ground marks and wreckage distribution help to identify how the aircraft hit the ground.

“Aerial images are also useful for showing the relative positions of obstacles, such as trees or buildings that may have been struck before ground impact.

“They help to reveal the surrounding terrain and environment that the pilot faced if there was an attempted forced landing.

“And when it’s a large aircraft at an accident site, aerial images help to document the damage to its upper surfaces,” Olateru said.

He equally lauded UFO Aerial Services for training the AIB staff on the use of the equipment and appealed to the trainees to put the knowledge garnered at the training to properly use in order to encourage others.

Mr. Damilola Adelala, the Chief Executive Officer of UFO Aerials Services, extolled the commitment of the trainees, saying they behaved professionally throughout the duration of the course.

He explained that the training acquired during the period would help them to improve their technological know-how about the job and data-gathering.

Prof. Adebayo Otitoloju, the Managing Director of UNILAG Consult, expressed joy that the consult could partner with AIB to conduct the training for its investigators.