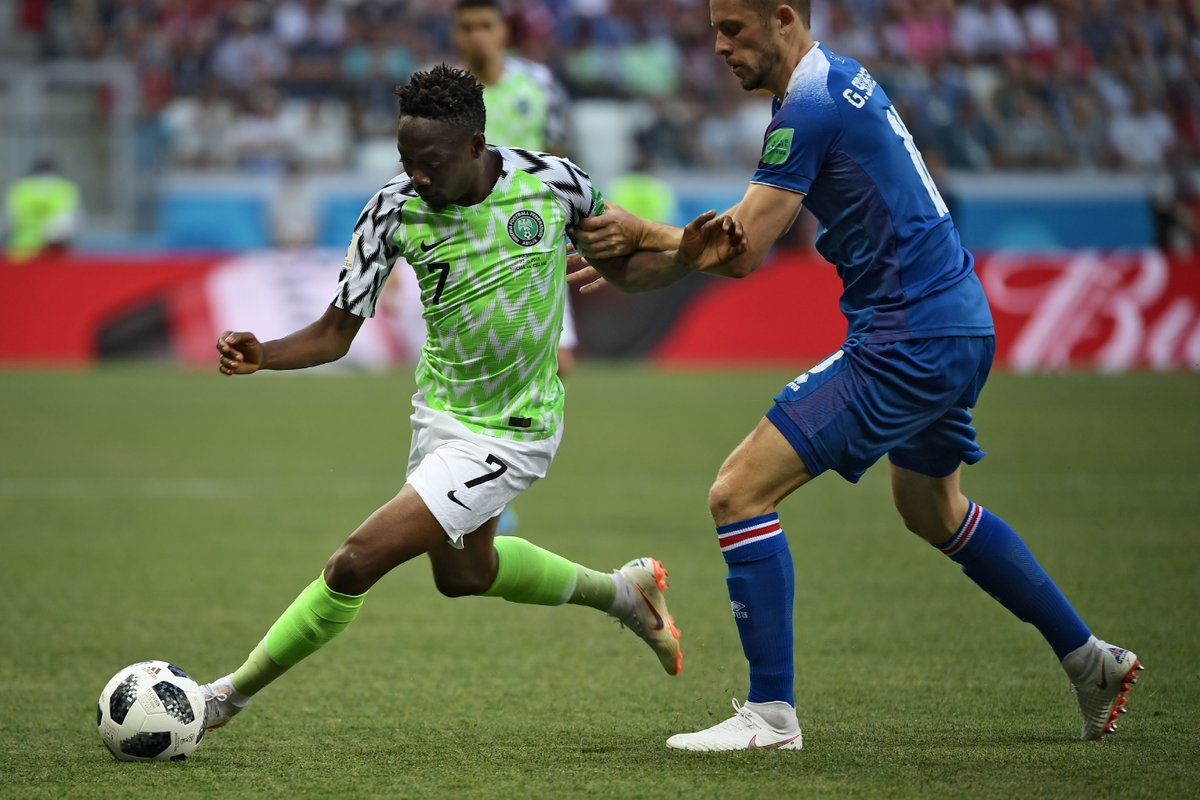 CSKA Moscow forward, Ahmed Musa, has fired the Super Eagles of Nigeria to 2-0 victory over Iceland as the Eagles move closer to qualifying for the knockout stage of the 2018 FIFA World Cup in Russia.

Excited Nigerians have taken to their Twitter handles to extol him.

Ahmed Musa once again proved that talents abound in all parts of Nigeria and that no part of Nigeria will lose out if we restructure and replace ethnicity with merit. If not for this Northerner, Nigeria would have had little hope in this #RussiaWorldCup2018. All Nigerians matter

.@Ahmedmusa718 and his team mates in @NGSuperEagles gave Nigeria a lifeline by beating #Iceland 2 goals to nothing. #NIGICE
🇳🇬🔥By opening the scoring, Ahmed Musa has become the first #NGA player to score in two different FIFA #WorldCup tournaments.#NGAISL

Musa for President. All parties, APC, PDP, everyone!

President @MBuhari heartily congratulates the @NGSuperEagles on their victory over the national team of Iceland in their second match at the Russia 2018 FIFA #WorldCup. #NGA 🦅

President @MBuhari urges the Super Eagles not to limit themselves but sustain the current winning momentum by going all out against their last group opponent, Argentina, next week. #NGA🦅💚 pic.twitter.com/6auI5rR87J

Good win for us, we needed this victory. Congratulations #SuperEagles