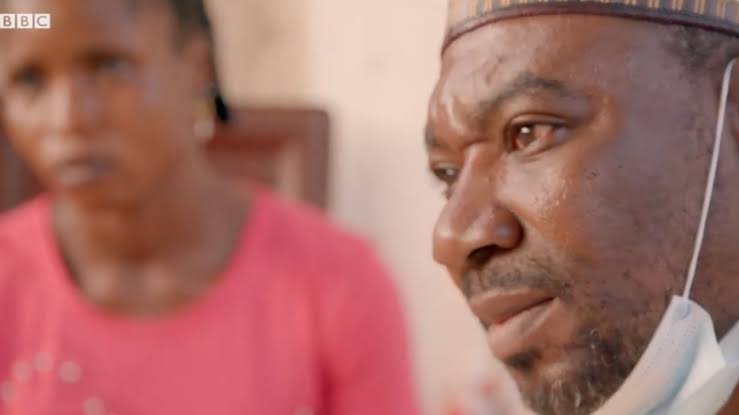 The host of the Berekete Family radio show, aired on Human Rights Radio 101.1, Ahmed Isah, popularly known as Ordinary President, has apologised to Nigerians for slapping a woman during his program in Abuja.

It would be recalled that the undercover investigation by the BBC Africa Eye, on Tuesday, released a video of how Mr Isah assaulted a woman who was accused of burning her little niece’s hair who she claimed was a witch.

The documentary caused quite a stir online with some calling for the banning of the radio station.

According to reports, the station is dedicated to championing the rights of aggrieved Nigerians.

Speaking on the Wednesday edition of the program, Mr Isah said he was betrayed by his emotions during the program, saying:

“for those disappointed in me, please forgive me”.

“I apologise to everybody that I have offended in one way or the other. Please, I’m a human being. I’m bound to make mistakes.

“I was triggered by the zeal and passion in me. As a human being, even computers tend to malfunction, there is blood flowing in my veins, I tend to get emotional sometimes.

“Whenever I do anything out-of-control on the basis of emotions, I always apologise when I realise it and correct the mistakes.

“For those disappointed in me, please forgive me. For those I have offended, please find a place in your heart to forgive me,” Mr Isah added.

Mr Isah, however, accused Peter Nkanga, the reporter who shot the documentary, of “trying to set him up with his wife”.

“Peter Nkanga, because he knows I like women, it appeared he wanted to set me up with his wife who at a time called me continuously saying ‘some kind things’ and when I asked she told me she was his wife and a lawyer…,” he added.