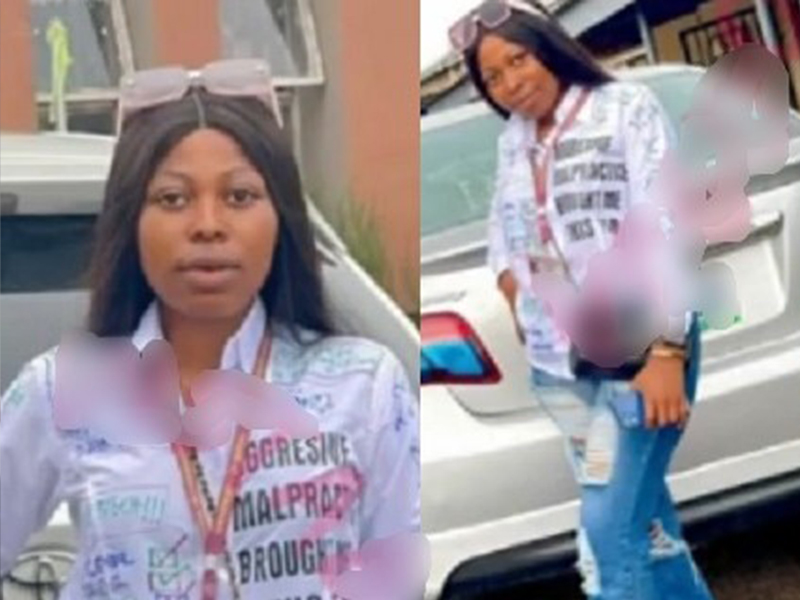 The University of Benin has said that it did not order a 400 level Microbiology student, Peace Ufuoma, to rewrite her exams from 200 level for wearing a shirt with the inscription ‘Aggressive Malpractice Brought Me This Far’.

WuzupNigeria gathered that photo and video of Ufoma who recently signed out after her final exams went viral on social media, followed by online reports on Wednesday claiming that UNIBEN had ordered her to rewrite her exams from 200 level.

However, the institution has described the claims as false but noted that a panel has been set up to investigate the allegations made on her shirt.

A spokesperson for the UNIBEN, Dr Benedicta Ehanire said, “The report online is fake. The University is following due process; panels have been set up to investigate her claims and the panels are yet to submit their report to the management who will consider the report.”

According to a letter dated July 13 and signed by the Head of Department, Microbiology, Prof. S.E Omonigho, Prof. I.O Enabulele was appointed as head of the committee.