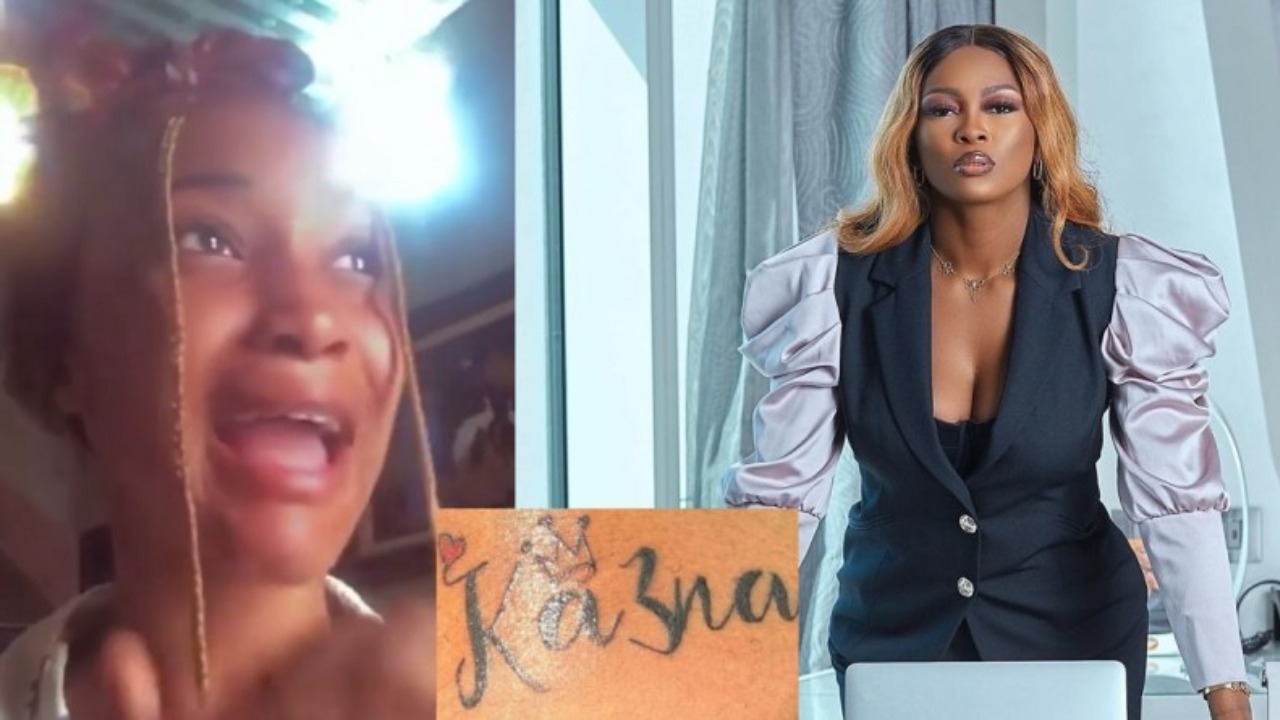 Reality TV star, Kate ‘Ka3na’ Jones has again blasted the fan who had her name tattooed on her thigh for allegedly faking a suicide.

The former BBNaija Lockdown Season 5 housemate has been under fire from a number of celebrities, including Bobrisky, Ada Ameh and Kelly Handsome, for slamming the fan who got tattooed after Ka3na made the request on her Twitter handle.

Rumour has it that the fan attempted suicide but Ka3na took to Twitter to allege that the fan was desperate and slammed her for emotional blackmail and cyberbullying.

Ka3na’s tweetd: “No to emotional blackmail and cyber bullying

“Thank you for the thought of tatting my name on your precious body… But that’s all you get for being so desperate as to faking something as deep as suicide. I started life @ 16yrs! I was never desperate!!! My hard work and consistency brought me this far!

”I have my official line on my page, did she at any time call nor dm me before sharing the said video and picture online?? I found out when i started getting tags from blogs and so i reacted publicly as well…???

“I originally wanted to reach out to the said girl but i decided not to since she thought it wise to go against someone she said she loved so much and went ahead to tatoo my name on her thigh… And in less than 24hrs you are already going against the said star’.’