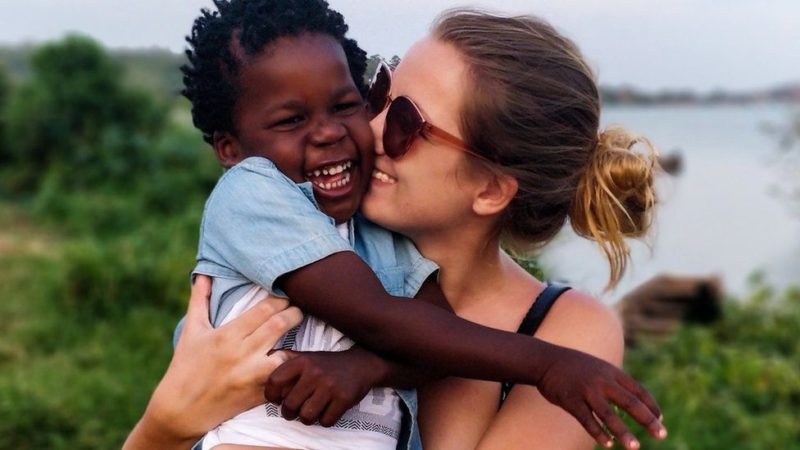 29-year-old Emilie Larter who won the legal battle to adopt a boy in Uganda has brought him to the UK for the first time.

Ms Larter from Worcestershire was volunteering for a children’s charity in Uganda in 2014 when she took care of a baby whose mother had died.

Five years later, after raising thousands through crowdfunding, she was allowed to adopt Adam, now six.

However, she now has to go through the legal process all over again in the UK.

Being in England is “surreal”, she said, “but he’s loving the attention.”

“I keep having to look at Adam and remind myself what we’ve just been through to get here.”

For two years she visited Adam while working in a teaching job in the UK, but she moved back to Uganda in 2016 after finding work at an international school.

A crowdfunding appeal to help her adopt him eventually raised £25,000 and in 2019 she won her three-year legal battle.

She successfully applied for a passport and visa after delays due to Covid-19, before arriving back at her parents’ home in Worcestershire this month.

“When we were on the plane and he saw land he shouted ‘Mummy, look, it’s England – I love it’,” Ms Larter said.

MORE READING!  Nigerian in diaspora pays off mum’s debts 18 months after she funded his startup
Related Topics:AdoptionEnglandUganda
Up Next