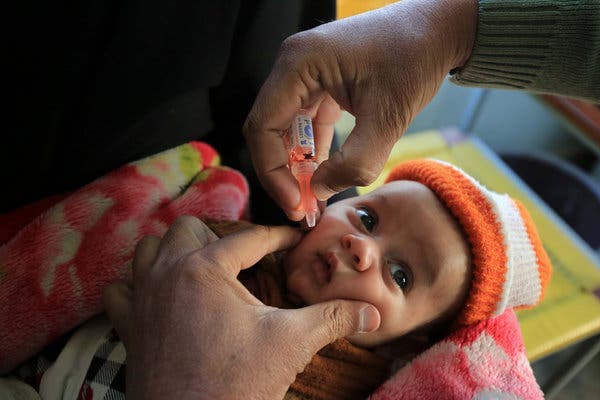 Around 65,000 health workers were assigned to implement the campaign during a period of five days, a public relations officer for the anti-polio campaign, Mir Jan Rasikh told DPA.

In 2020, 3.4 million children were deprived of the jab across the war-torn country and as a result, at least 56 children were detected with the crippling disease in the country.

The Taliban militants do not allow access to health care workers in areas under their control to carry out door-to-door campaigns.

The militants claim that in the past the campaign had been used to gather intelligence in some provinces.

On Sunday, Taliban deputy leader Mullah Abdul Ghani Baradar met with the heads of WHO and UNICEF for South Asia in Qatar where they discussed the polio vaccination and other communicable diseases, the group announced.

MORE READING!  Panel orders police to release corpse of lady who died in SARS custody four days to her wedding

It was not clear if the militants had agreed to allow door-to-door campaigns in the areas under their control.

Officials warn that lack of access would deprive around three million children of the vaccine again.

The deadly virus has been stamped out from the rest of the world but is still prevalent in Afghanistan and Pakistan, which had launched a similar drive.